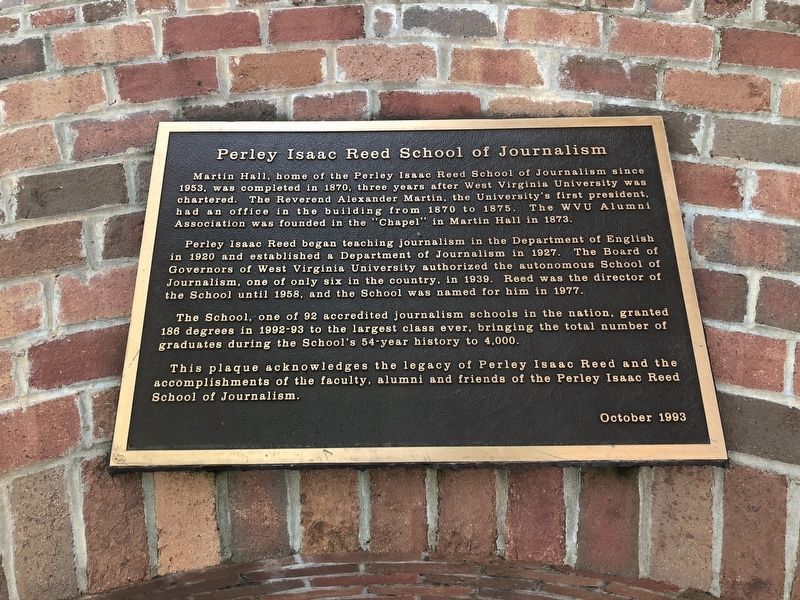 Martin Hall, home of the Perley Isaac School of Journalism since 1953, was completed in 1870, three years after West Virginia University was chartered. The Reverend Alexander Martin, the University's first president, had an office in the building from 1870 to 1875. The WVU Alumni Association was founded in the "Chapel" in Martin Hall in 1873.

The School, one of 92 accredited journalism schools in the nation, granted 186 degrees in 1992-93 to the largest class ever, bringing the total number of graduates during the School's 54-year history to 4,000. 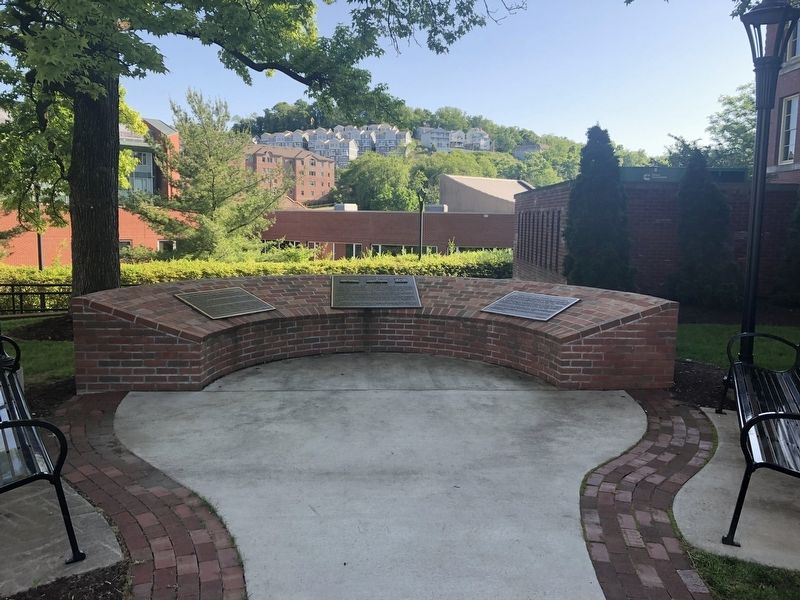 Topics. This historical marker is listed in these topic lists: Communications • Education.

Location. 39° 38.169′ N, 79° 57.291′ W. Marker is in Morgantown, West Virginia, in Monongalia County. Marker can be reached from University Avenue north of College Avenue, on the left when traveling north. Touch for map. Marker is in this post office area: Morgantown WV 26501, United States of America. Touch for directions.