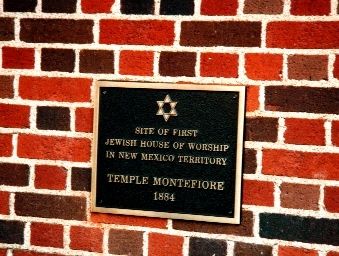 Topics and series. This historical marker is listed in this topic list: Churches & Religion. In addition, it is included in the Jewish American Society for Historic Preservation Markers ✡️ series list.

Location. 35° 35.617′ N, 105° 13.129′ W. Marker is in Las Vegas, New Mexico, in San Miguel County. Marker is on Douglas Avenue near 6th and Douglas. The plaque is affixed to the Las Vegas, New Mexico School Board administrative building which had supplanted the original Temple building. Touch for map. Marker is at or near this postal address: 901 Douglas Ave, Las Vegas NM 87701, United States of America. Touch for directions. 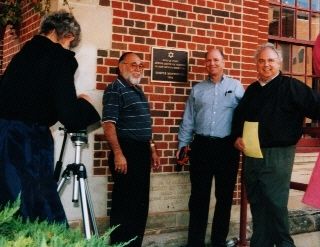 More about this marker. The original building site was replaced by the New Mexico School Board Administrative building.