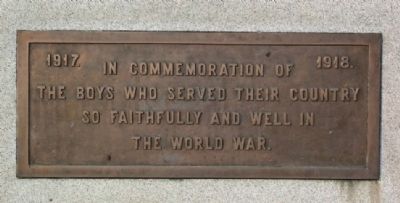 In commemoration of the boys who served their country so faithfully and well in the World War. 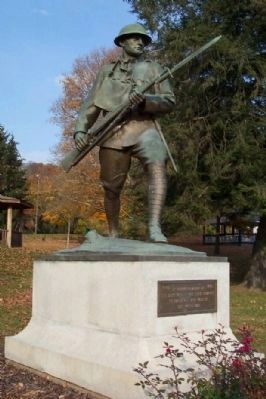 Photographed By William Fischer, Jr., November 2, 2008
2. McConnelsville World War I Memorial
Both this statue and the one on the town's Civil War Memorial were sponsored by Detroit Industrialist T. H. Simpson and sculpted by Frederick C. Hibbard. Mr. Simpson had hoped to obtain a boulder from the Argonnes forest for the statue's base, but found it impossible to obtain one.

Click or scan to see
this page online
(approx. 0.2 miles away); Congressional Medal of Honor Recipients (approx. ¼ mile away). Touch for a list and map of all markers in McConnelsville.

More about this memorial. Mr. T.H. Simpson was a native of McConnelsville and owner of the Michigan Malleable Iron Company. He died before this monument was dedicated.

Also see . . .  My Story. An article by Dr. Robert Richmond published on July 9th, 2008. While the article is mainly concerning the town's Civil War Memorial, it does include information about this one as well. (Submitted on November 11, 2008, by Kevin W. of Stafford, Virginia.) 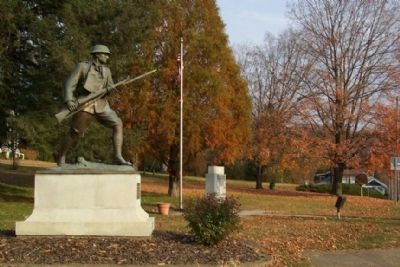 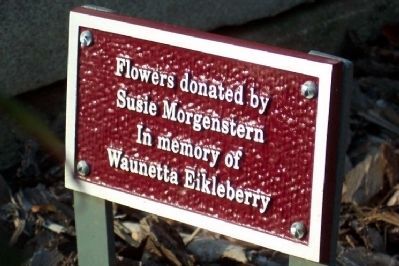