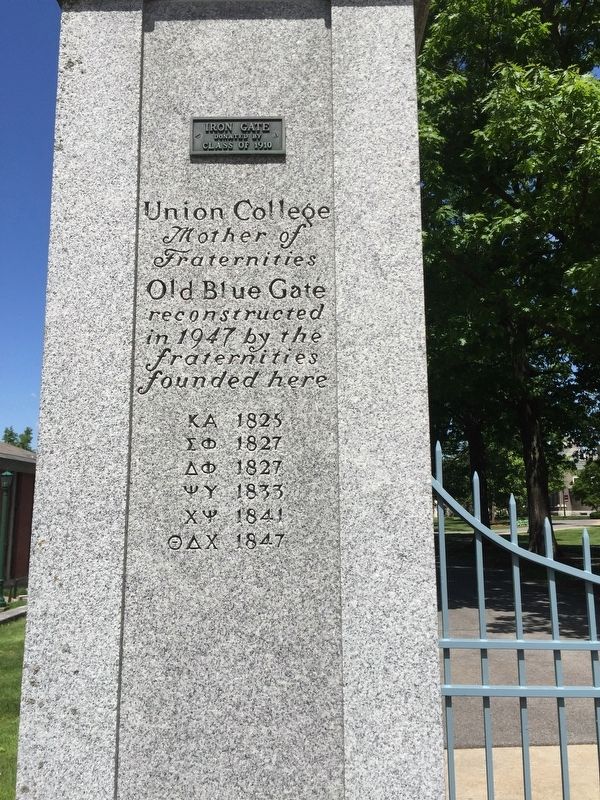 Old Blue Gate reconstructed in 1947 by the fraternities founded here.

Iron gate donated by Class of 1910 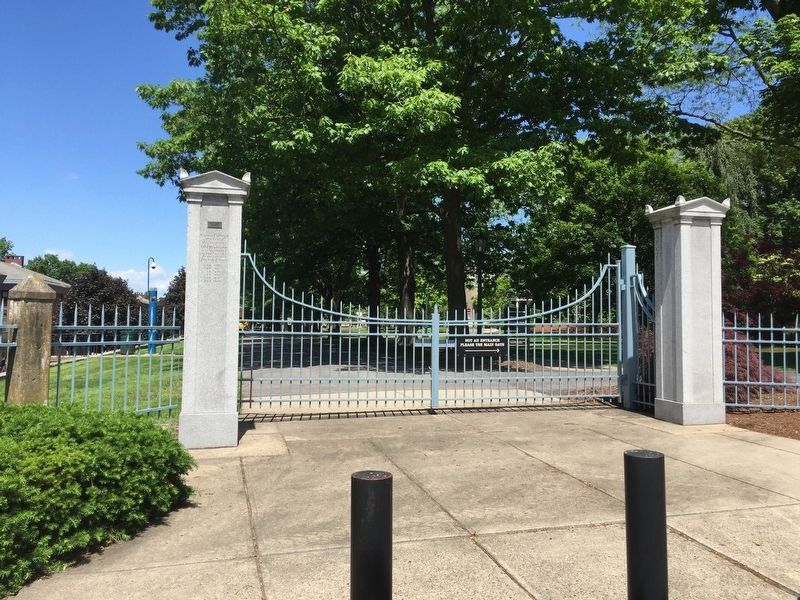 Regarding Mother Of Fraternities. Early Union College president Eliphalet Nott initially called for the dissolution of all fraternities in the 1830's, but he was eventually talked out of this by Delta Phi member John Hyde.

Also see . . .  Oldest Fraternities. The modern fraternity system at American colleges and universities is generally determined as beginning with the founding at Union College of Kappa Alpha (1825), Sigma Phi (1827), and Delta Phi (1827). Three other surviving national fraternities – Psi Upsilon (1833), Chi Psi (1841), and Theta Delta Chi (1847) – were founded at Union in the next two decades; on account of this fecundity, Union would in the twentieth century call itself the 'Mother of Fraternities'. As with most historical generalizations, this one requires qualification. What does seem true is that Union's claim to priority is that the oldest secret Greek letter social fraternity with a continuing record was founded at the College. None of the early societies at Union or elsewhere can precisely challenge the claim of Union's Sigma Phi, which became the first national fraternity with the founding of a second chapter at Hamilton College in 1831, but the founders of the first fraternities at Union were obviously imitating or improving upon existing models. Miami University also refers to itself this way. (Submitted on June 7, 2019, by Steve Stoessel of Niskayuna, New York.)
Credits. This page was last revised on June 11, 2019. It was originally submitted on June 7, 2019, by Steve Stoessel of Niskayuna, New York. This page has been viewed 128 times since then and 19 times this year. Photos:   1, 2. submitted on June 7, 2019, by Steve Stoessel of Niskayuna, New York. • Bill Pfingsten was the editor who published this page.
Share this page.