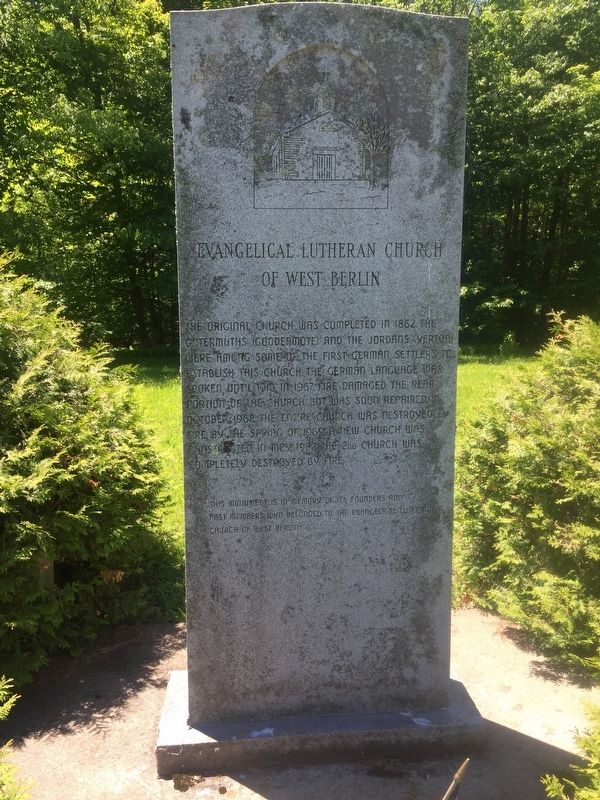 This monument is in memory of its founders and past members who belonged to the Evangelical Lutheran Church of West Berlin.

Other nearby markers. At least 8 other markers are within 8 miles of this marker, measured as the crow flies. Came to America (within shouting distance of this marker); Van Veachton Rogers (approx. 3.1 miles away); Berlin, New York War Memorials 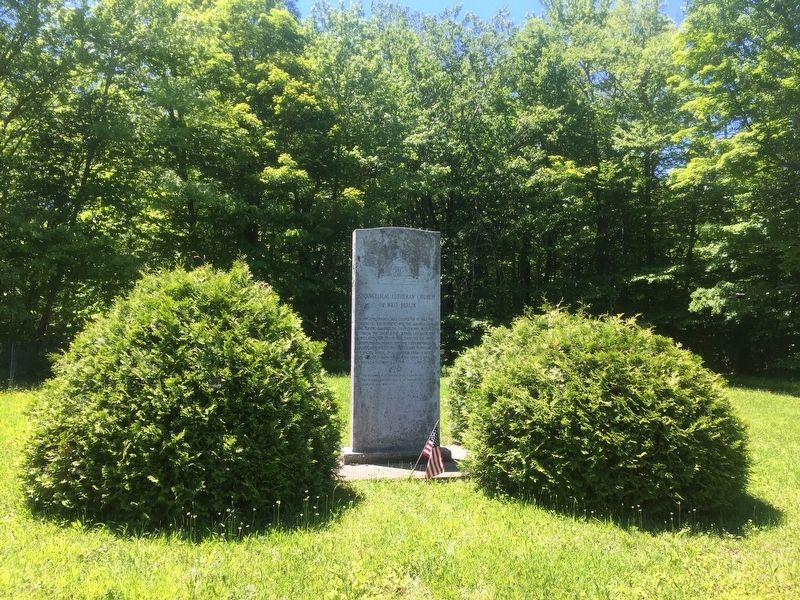