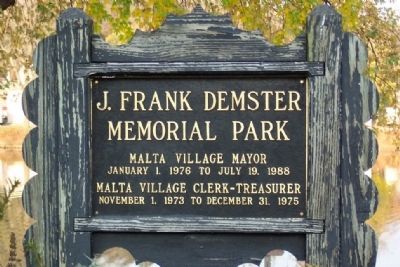 Erected by Village of Malta.

Topics. This historical marker is listed in this topic list: Government & Politics. A significant historical month for this entry is January 1910.

Location. 39° 38.987′ N, 81° 51.66′ W. Marker is in Malta, Ohio, in Morgan County. Marker is at the intersection of Front Street and 5th Street, on the left when traveling south on Front Street. Touch for map. Marker is in this post office area: Malta OH 43758, United States of America. Touch for directions. 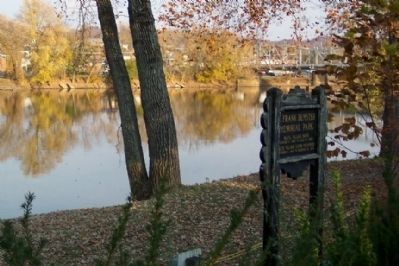 Click or scan to see
this page online
Demster Park is a narrow park along the Muskingum riverfront.

Additional commentary.
1. Thanks
J Frank Demster was my grandfather. I was very pleased to see pictures of his park online, as I haven't been able to visit in person for many years. The marker and the park itself look to be in great shape, and hopefully are still assets to the town of Malta! Note To Editor only visible by Contributor and editor
— Submitted January 19, 2009, by John Michael Demster, Jr of Mount Pleasant, North Carolina. 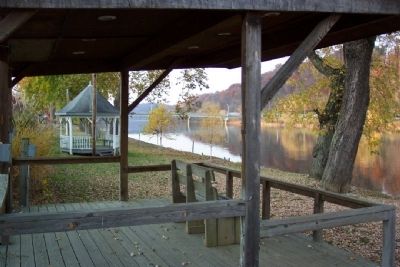