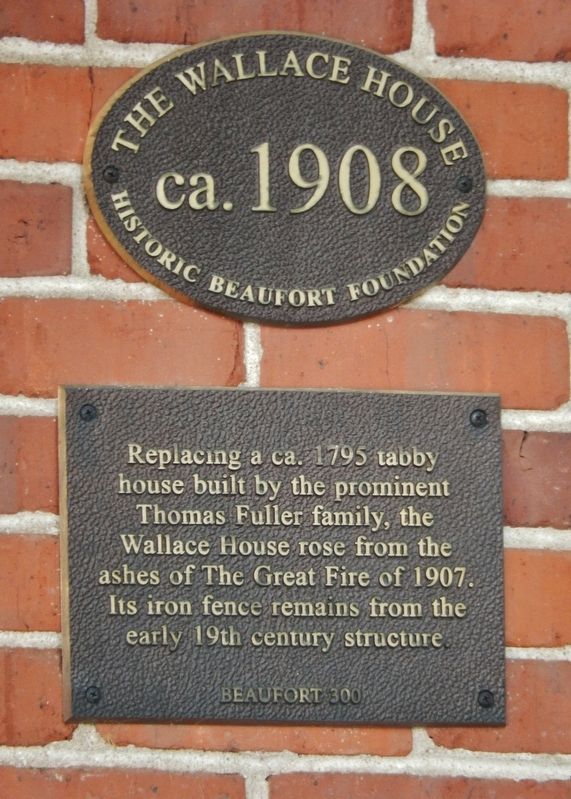 Photographed By Cosmos Mariner, May 1, 2019
1. The Wallace House Marker
Inscription.
The Wallace House. ca. 1908. Replacing a ca. 1795 tabby house built by the prominent Thomas Fuller family, the Wallace House rose from the ashes of The Great Fire of 1907. Its iron fence remains from the early 19th century structure. ,
Beaufort 300. . This historical marker was erected by Historic Beaufort Foundation. It is in Beaufort in Beaufort County South Carolina

Replacing a ca. 1795 tabby house built by the prominent Thomas Fuller family, the Wallace House rose from the ashes of The Great Fire of 1907. Its iron fence remains from the early 19th century structure.
Beaufort 300

Topics. This historical marker is listed in these topic lists: Disasters • Notable Buildings. A significant historical date for this entry is January 19, 1907.

Location. 32° 25.852′ N, 80° 40.185′ W. Marker is in Beaufort, South Carolina, in Beaufort County. Marker can be reached from Bay Street east of Carteret Street (Business U.S. 21), on the left when traveling east. Marker is mounted at eye-level, directly on the subject house, just to the right of the front entrance. Touch for map. Marker is at or near this postal address: 611 Bay Street, Beaufort SC 29902, United States of America. Touch for directions. 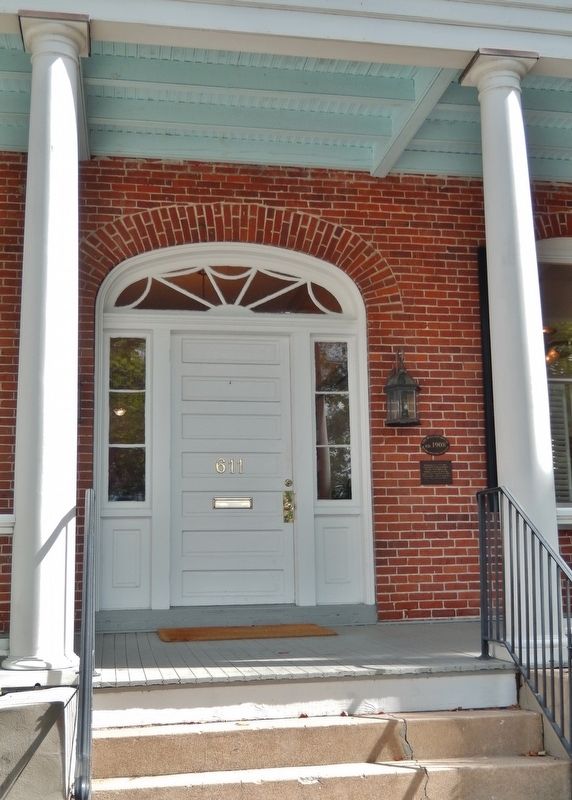 Also see . . .  The Great Fire of Beaufort. Three little boys, all younger than 10, snuck into a barn on Bay street to smoke a cigarette. By the time they finished their mischievous deed, they caused the start of what would be pure devastation to downtown Beaufort. It was at 1:30 pm on January 19th, 1907, when the alarm was sounded. The first home to catch fire was the home of Mr. Wallace. The home of Mr. Thomas and two other small homes were completely destroyed. The home of Mrs. Cory, a tabby home, began to burn next. Thankfully the home was made of tabby because it prevented to fire from spreading farther west. The flames still worked their way along Bay Street and farther back into the Point neighborhood. Over 40 unique homes and businesses were destroyed on that day. (Submitted on June 18, 2019, by Cosmos Mariner of Cape Canaveral, Florida.) 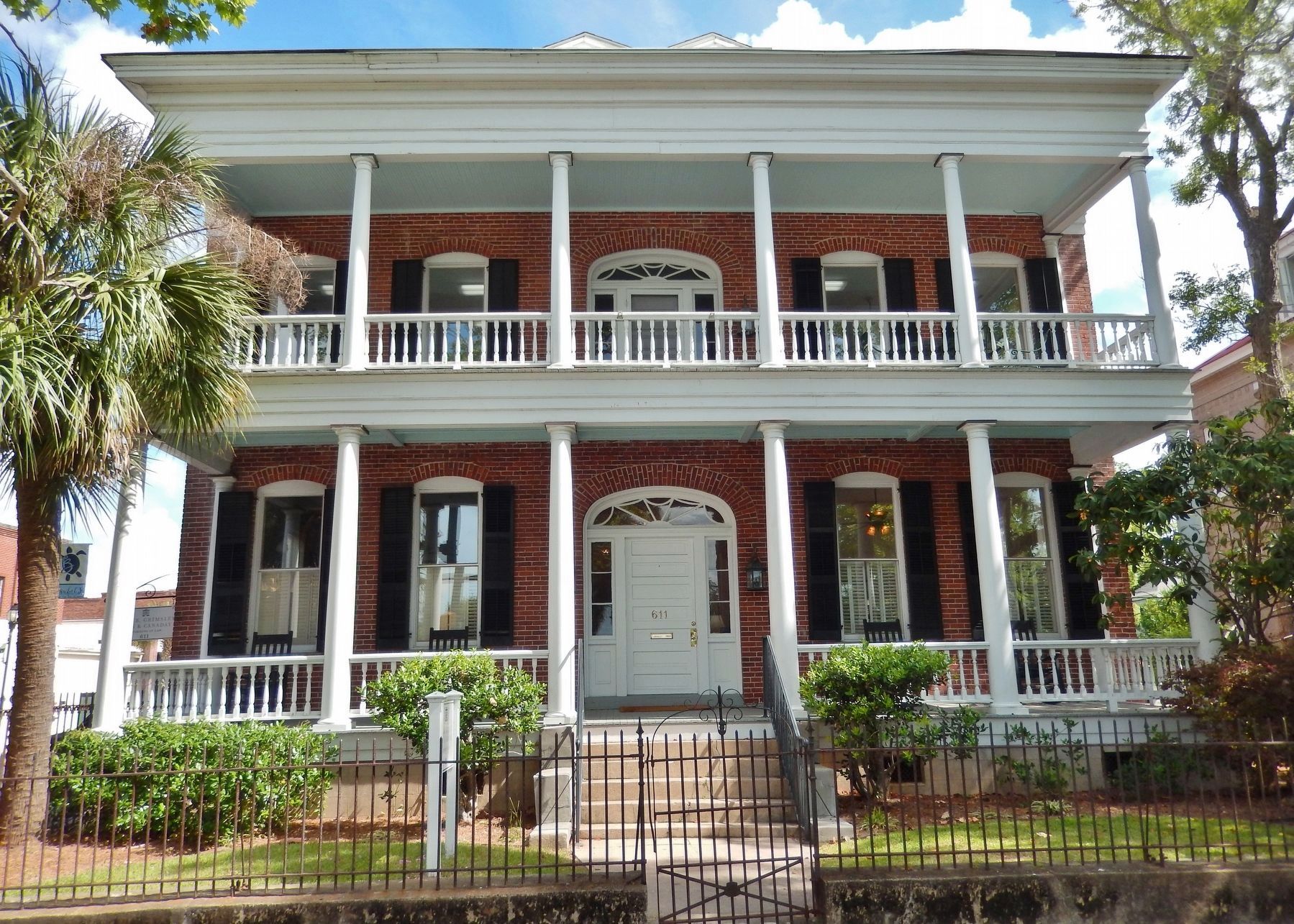