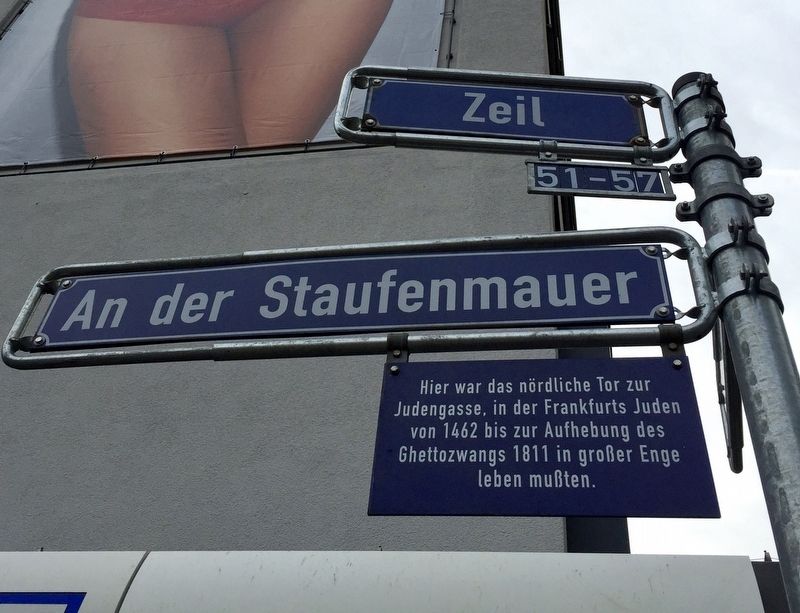 Photographed By Andrew Ruppenstein, November 22, 2016
1. Jewish Ghetto Gate Marker
Inscription.
Here was located the northern gate to "Jew's Lane", in which Frankfurt's Jews were required to live in tight quarters from 1462 until the lifting of "Compulsory Ghetto-ization" in 1811. . This historical marker is in Innenstadt I in Frankfurt am Main Hesse Germany