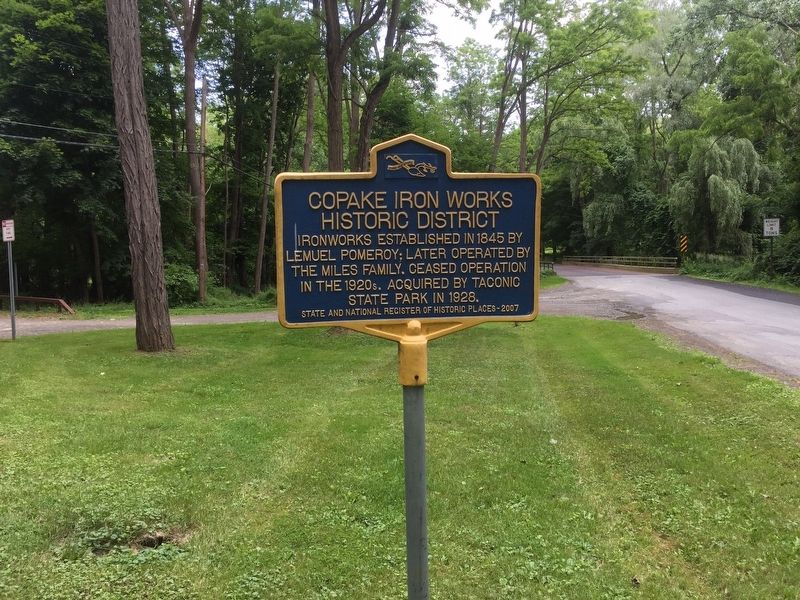 Ironworks established in 1845 by Lemuel Pomeroy; later operated by the Miles family. Ceased operation in the 1920's. Acquired by Taconic State Park in 1928.

Topics. This historical marker is listed in this topic list: Industry & Commerce. A significant historical year for this entry is 1845. 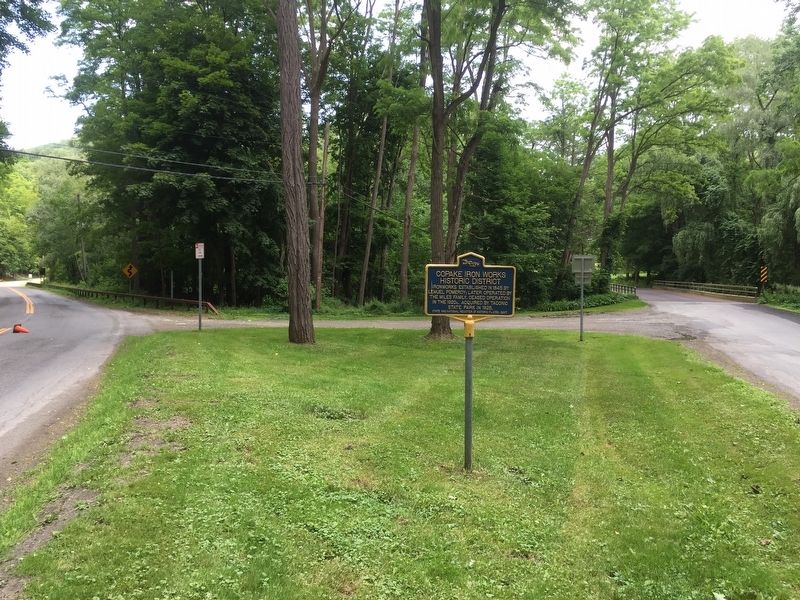 Click or scan to see
this page online
Pomeroy (approx. 0.2 miles away); Charcoal Blast Furnace Operations (approx. ¼ mile away). Touch for a list and map of all markers in Copake Falls.