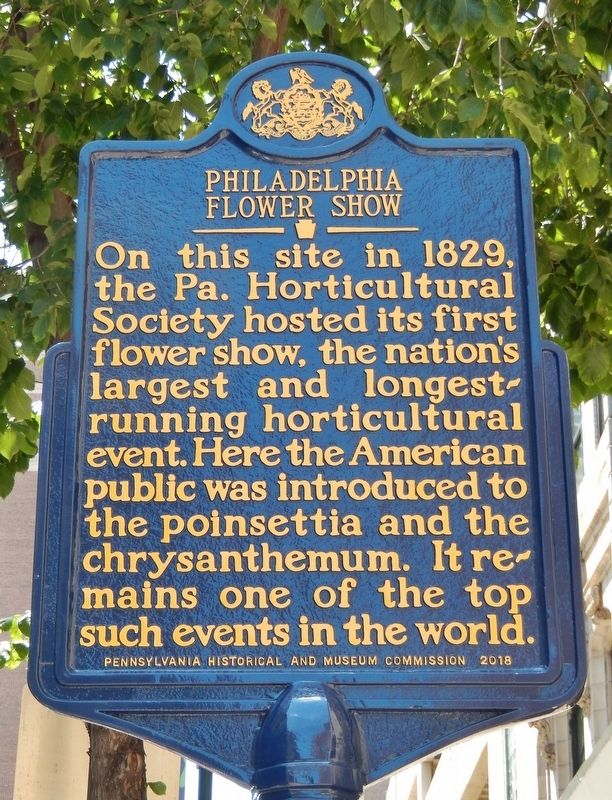 On this site in 1829, the Pa. Horticultural Society hosted its first flower show, the nation’s largest and longest-running horticultural event. Here the American public was introduced to the poinsettia and the chrysanthemum. It remains one of the top such events in the world.

Topics and series. This historical marker is listed in these topic lists: Entertainment • Horticulture & Forestry. In addition, it is included in the Pennsylvania Historical and Museum Commission series list. A significant historical year for this entry is 1829.

Other nearby markers. At least 8 other markers are within walking distance of this marker. Robert Bogle (about 300 feet away, measured in a direct line); Siegmund Lubin (about 400 feet 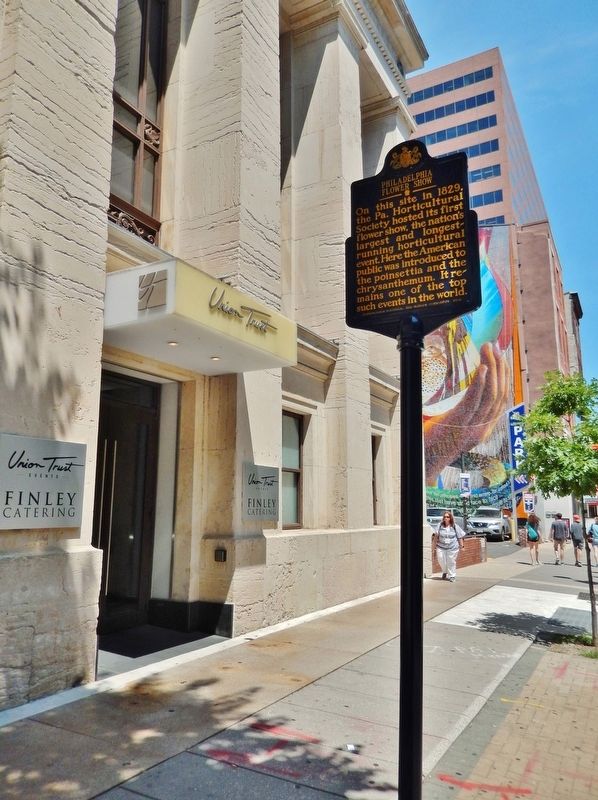