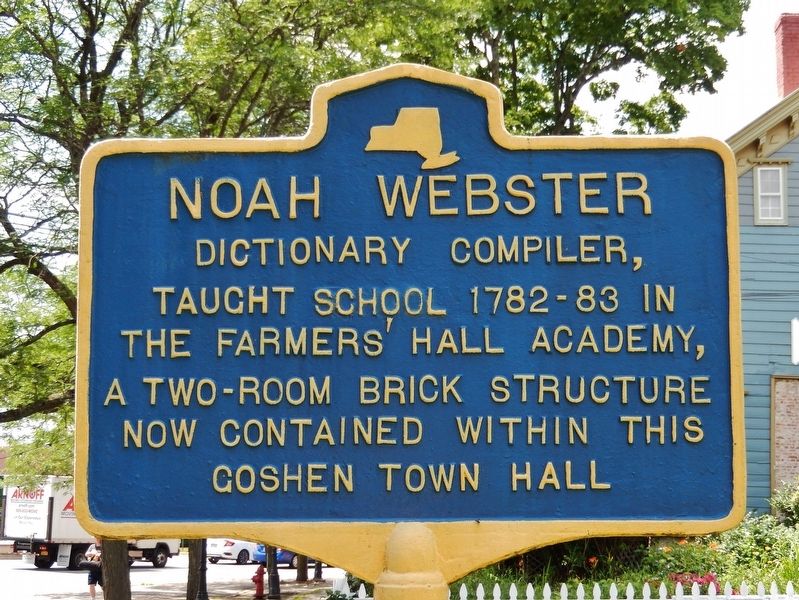 Topics. This historical marker is listed in these topic lists: Arts, Letters, Music • Education. A significant historical year for this entry is 1782.

Location. 41° 24.16′ N, 74° 19.409′ W. Marker is in Goshen, New York, in Orange County. Marker is on Webster Avenue south of Court Lane, on the right when traveling south. Marker is located beside the sidewalk in front of the Goshen Town Hall building. Touch for map. Marker is at or near this postal address: 41 Webster Avenue, Goshen NY 10924, United States of America. Touch for directions. 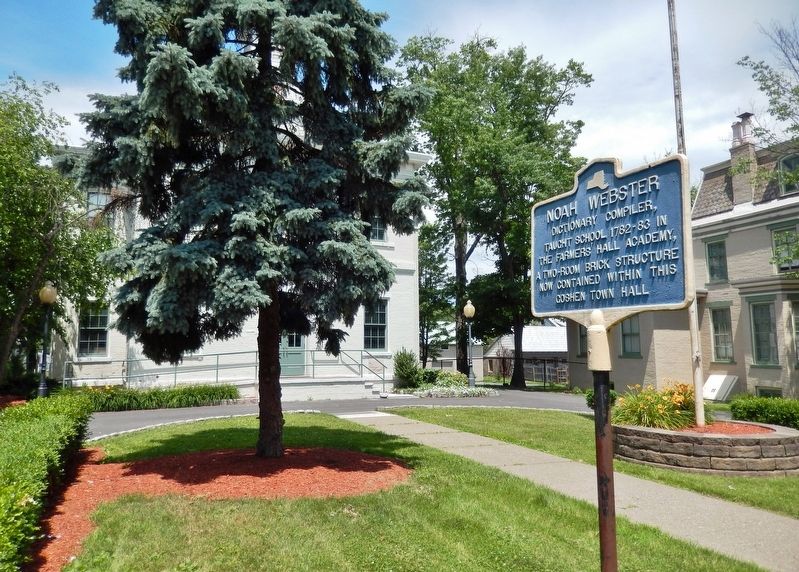 Click or scan to see
this page online
(about 600 feet away); 124th Regiment New York Infantry Volunteers (about 700 feet away). Touch for a list and map of all markers in Goshen.

Also see . . .
1. What the Webster Dictionary and Goshen Have in Common. Webster was working as an itinerant teacher when he came to Goshen. It was in Goshen that he started writing “A Grammatical Institute of the English Language,” colloquially known as the blue-backed Speller, selling by some estimates as many as 100 million copies by the 1900’s, making it one of the most popular textbooks in American history. (Submitted on July 2, 2019, by Cosmos Mariner of Cape Canaveral, Florida.)

2. Noah Webster • American lexicographer. While teaching in Goshen, New York, in 1782, Webster became dissatisfied with texts for children that ignored the American culture, and he began his lifelong efforts to promote a distinctively American education. His first step in this direction was The American Spelling Book (1783), the famed “Blue-Backed Speller,” which has never been out of print. The spelling book provided much of Webster’s income for the rest of his life. (Submitted on July 2, 2019, by Cosmos Mariner of Cape Canaveral, Florida.) 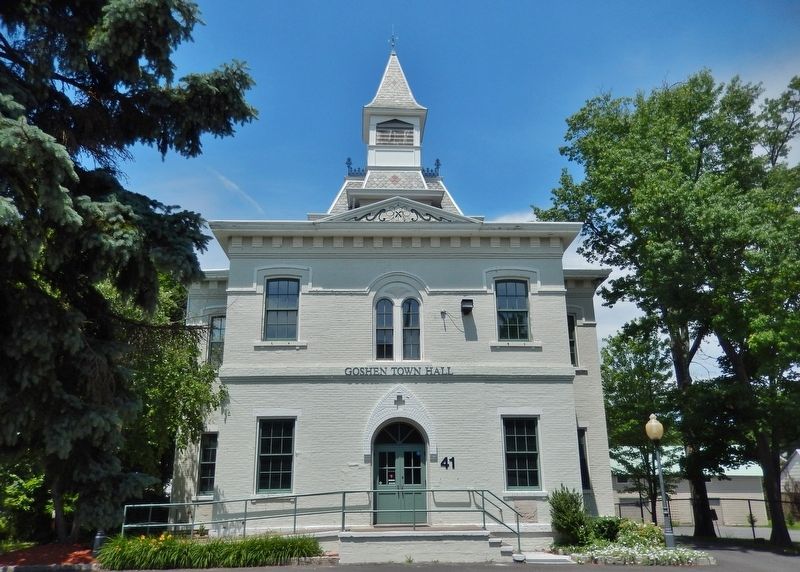