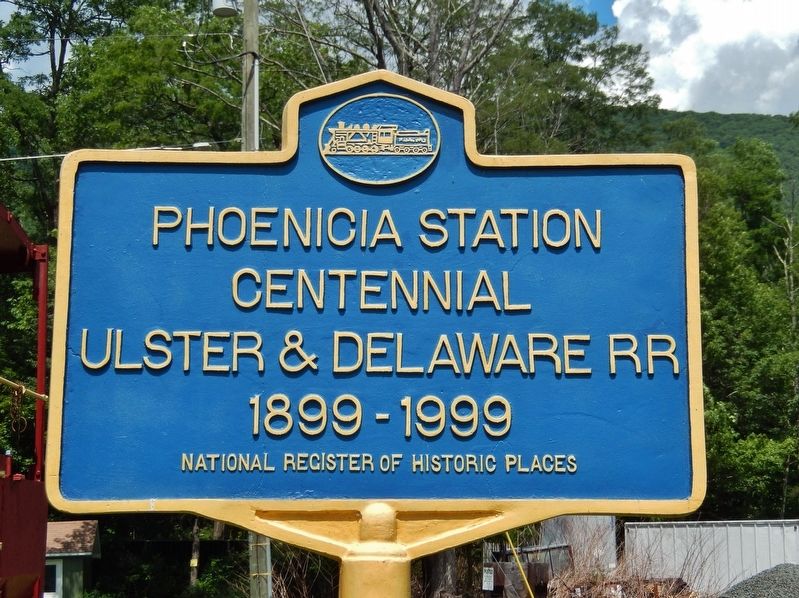 Topics. This historical marker is listed in these topic lists: Notable Buildings • Railroads & Streetcars. A significant historical year for this entry is 1899.

Location. 42° 4.833′ N, 74° 18.504′ W. Marker is in Phoenicia, New York, in Ulster County. Marker can be reached from High Street, 0.1 miles east of Bridge Street, on the left when traveling east. Marker is located beside the parking lot, near the northwest corner of the Phoenicia Railroad Station. Touch for map. Marker is at or near this postal address: 70 Lower High Street, Phoenicia NY 12464, United States of America. Touch for directions. 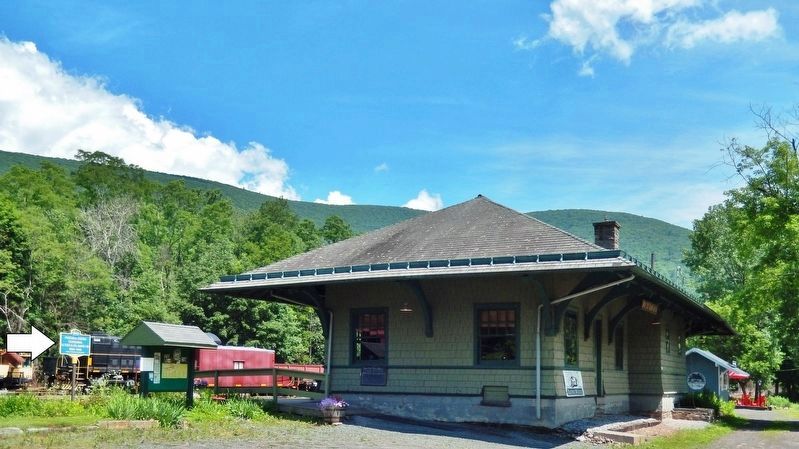 Also see . . .  Phoenicia Station (Wikipedia). This was the busiest station on the line, serving both the main line and the branch. In 1913, its busiest year, 675,000 passengers passed through. It also had a freight house, which served both the main line, and the branches, just like the station. In 1906 it was used as a location by Biograph for Holdup of the Rocky Mountain Express, an early nickelodeon film shot on paper, since transferred to film by the Library of Congress. Even after the Ulster and Delaware collapsed and was sold to the New York Central Railroad in 1932, the station remained busy. After passenger service was ended in 1954, the station was left to deteriorate. In 1976 Conrail ended freight service. (Submitted on July 5, 2019, by Cosmos Mariner of Cape Canaveral, Florida.) 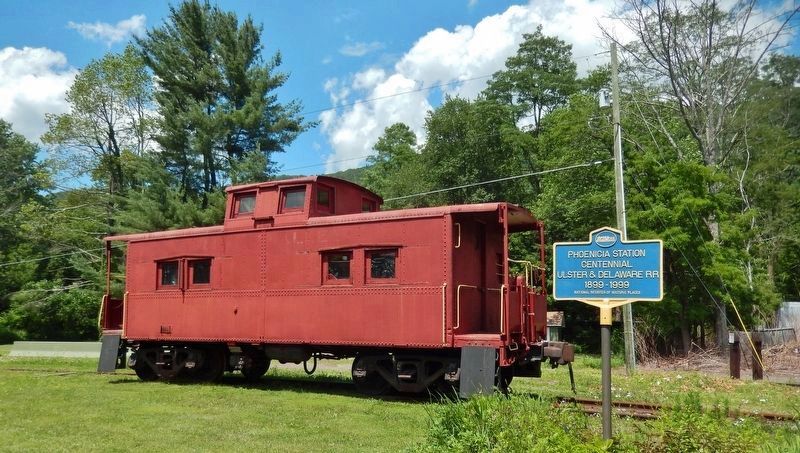 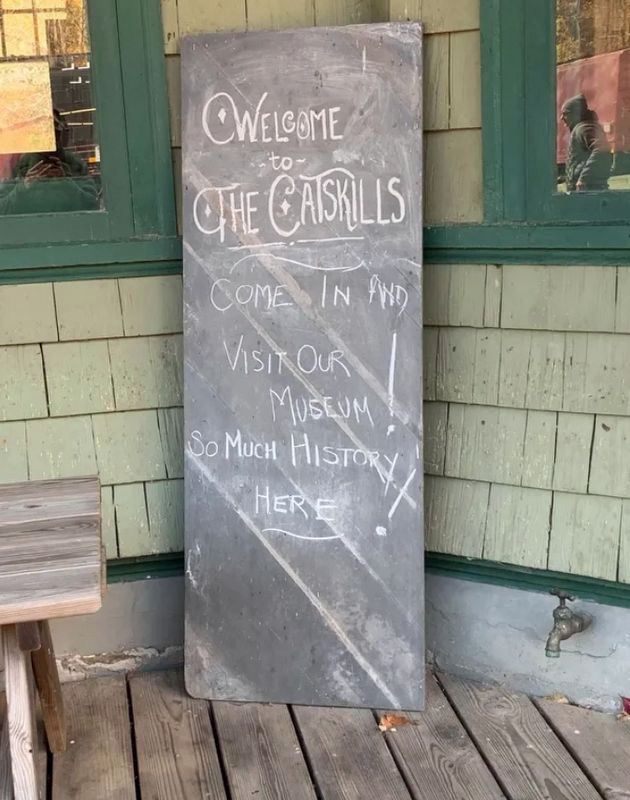 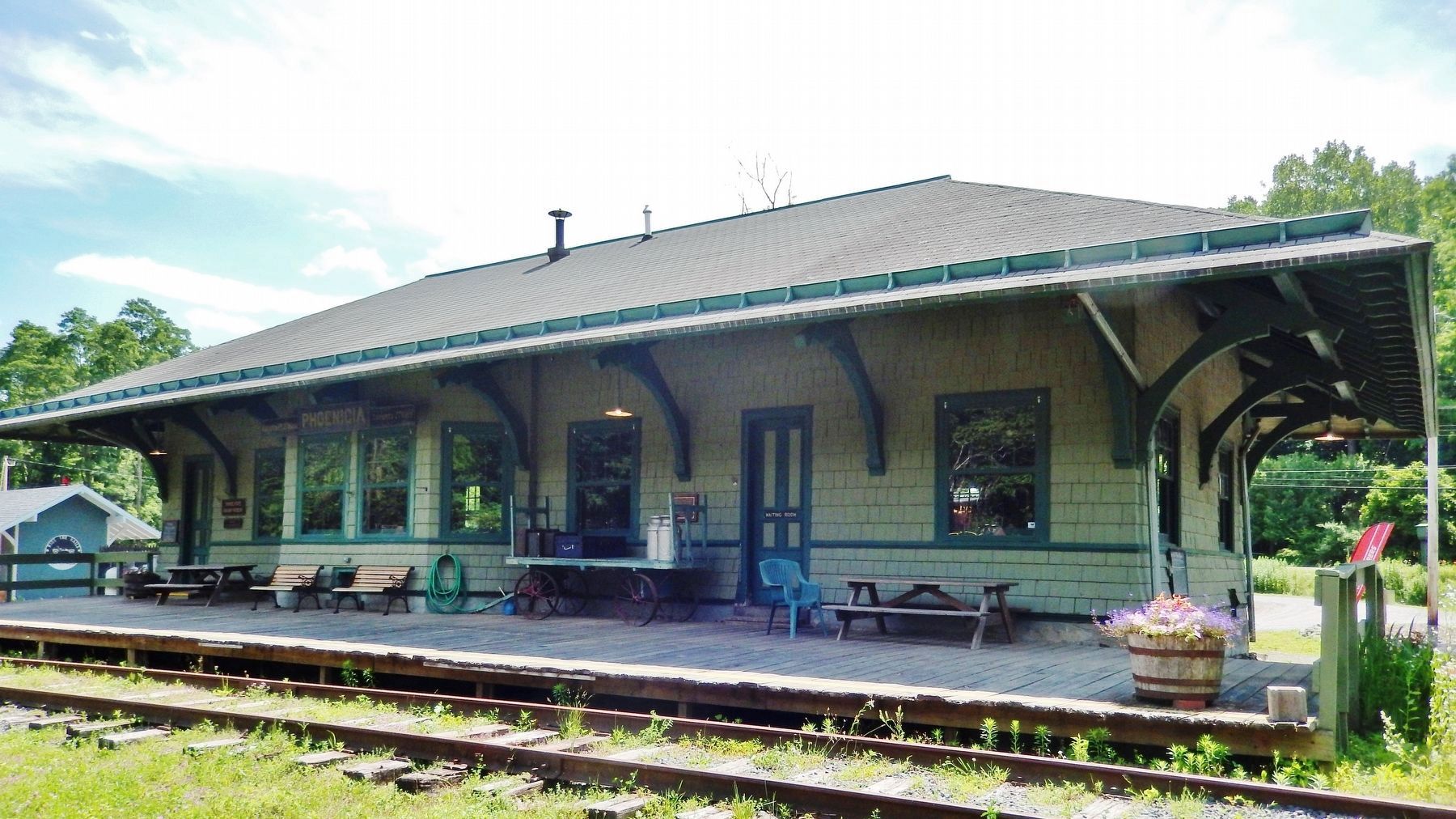 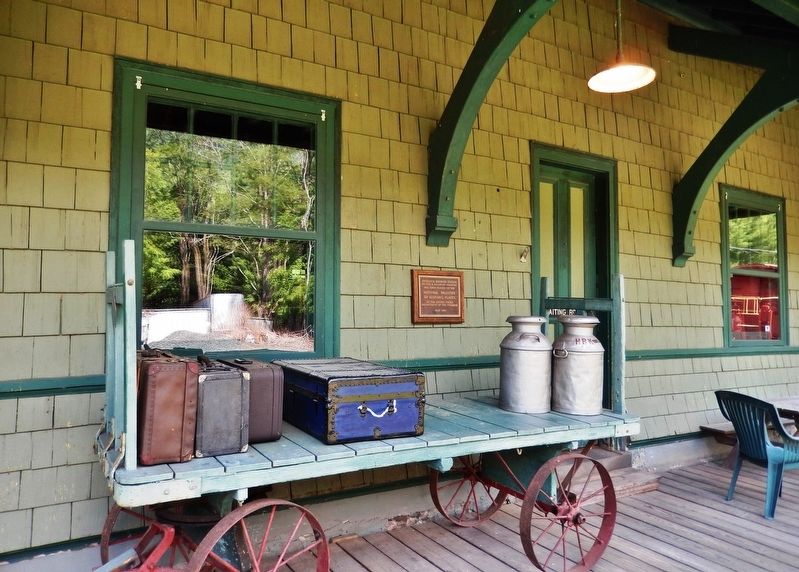 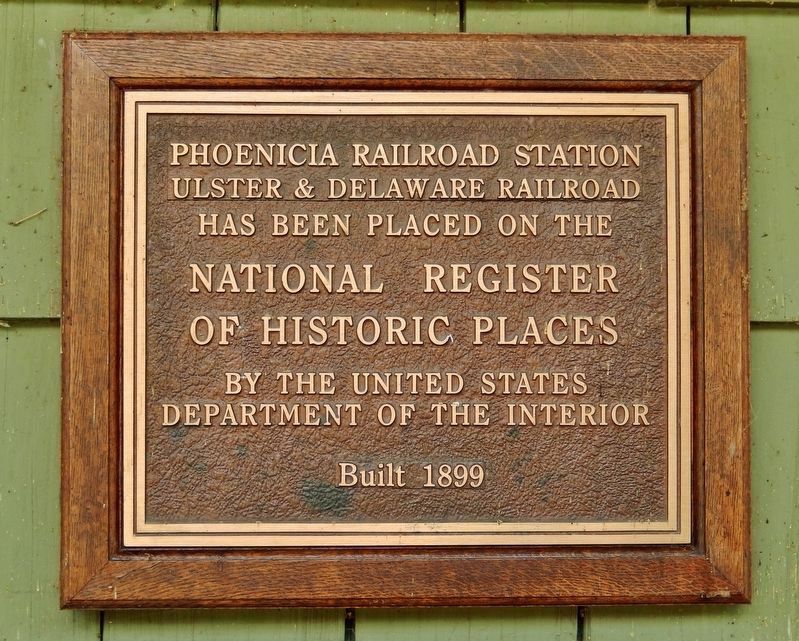