These doors are a memorial to
Wilson Baughman Gaither '15
First Lieutenant Commander·Battery·D·56th. Coast Artillery Corps.
Later Observer 99th.Aero Squadron
Born, Greensburg, Pennsylvania, June 8,1892.
Died from Wounds Received in Action,
Montfaucon, France, October 17, 1918.
"To you from failing hands we throw
the torch; be yours to hold it high."

Location. 40° 42.016′ N, 75° 12.538′ W. Marker is in Easton, Pennsylvania, in Northampton County. Memorial is on Hamilton Street north of High Street, on the left when traveling north. Monument tablet is above the Oechsle Hall main entrance doors, on the Lafayette College campus. Touch for map. Marker is in this post office area: Easton PA 18042, United States of America. Touch for directions.

Other nearby markers. At least 8 other markers are within walking distance of this marker. Alumni Memorial Plaza (a few steps from this marker); Honored French Soldiers Who Died at Yorktown 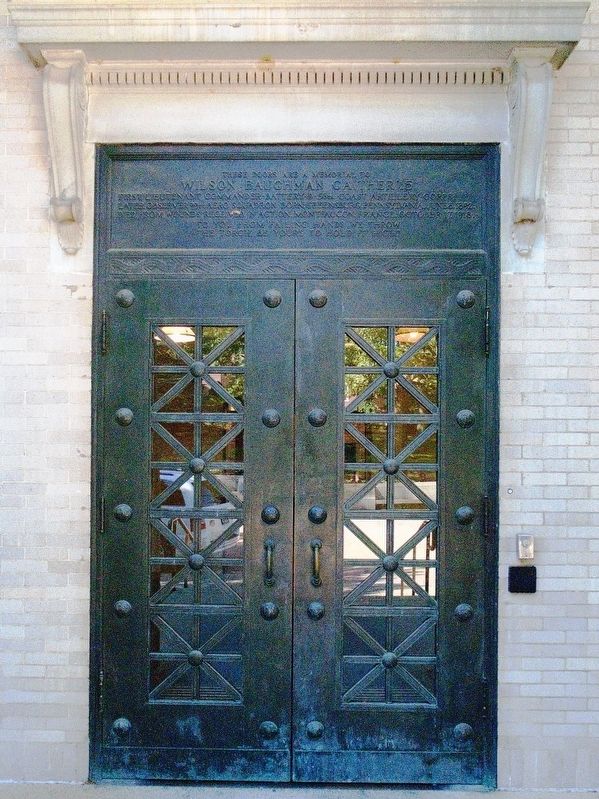 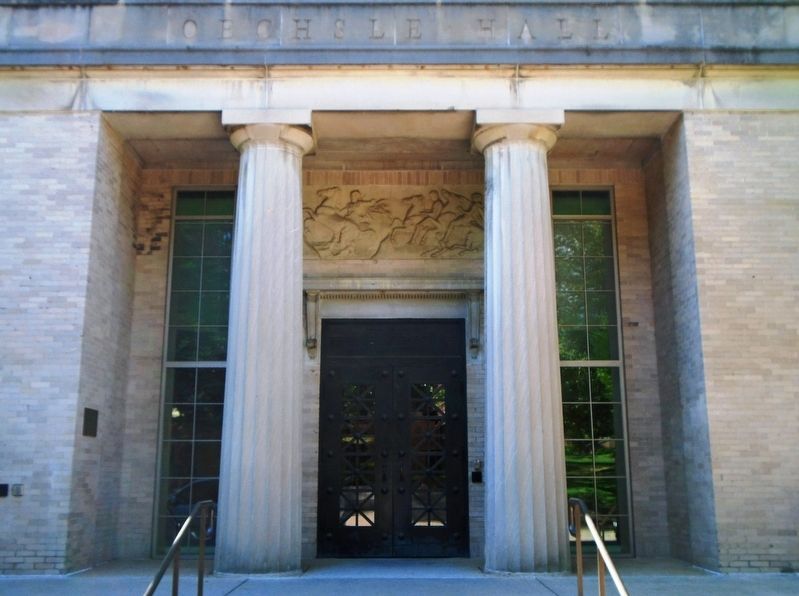