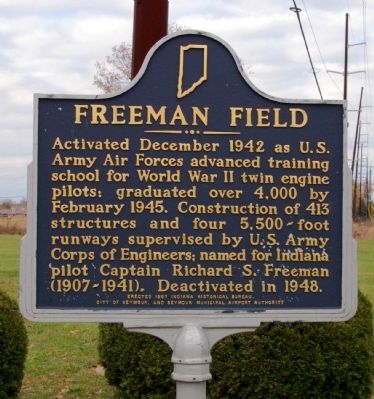 Topics and series. This historical marker is listed in these topic lists: Air & Space • War, World II. In addition, it is included in the Indiana Historical Bureau Markers series list. A significant historical month for this entry is February 1945.

Other nearby markers. At least 8 other markers are within 10 miles of this marker, measured as the crow flies. A different marker also named Freeman Field (approx. 1.3 miles 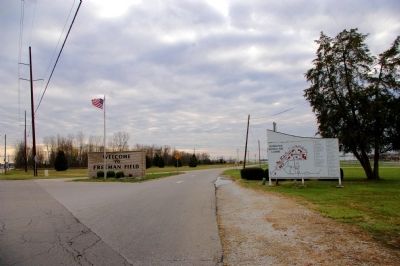 Photographed By David Seibert, November 16, 2008
2. Entrance to Freeman Field
Marker is located to the immediate right of this photo.

Regarding Freeman Field. There is a duplicate marker on West Tipton Street (US 50) at Airport Road. 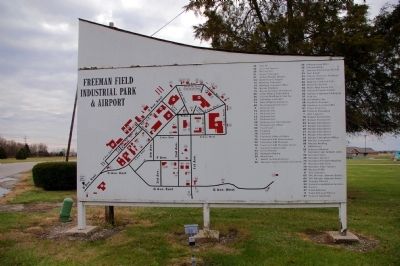