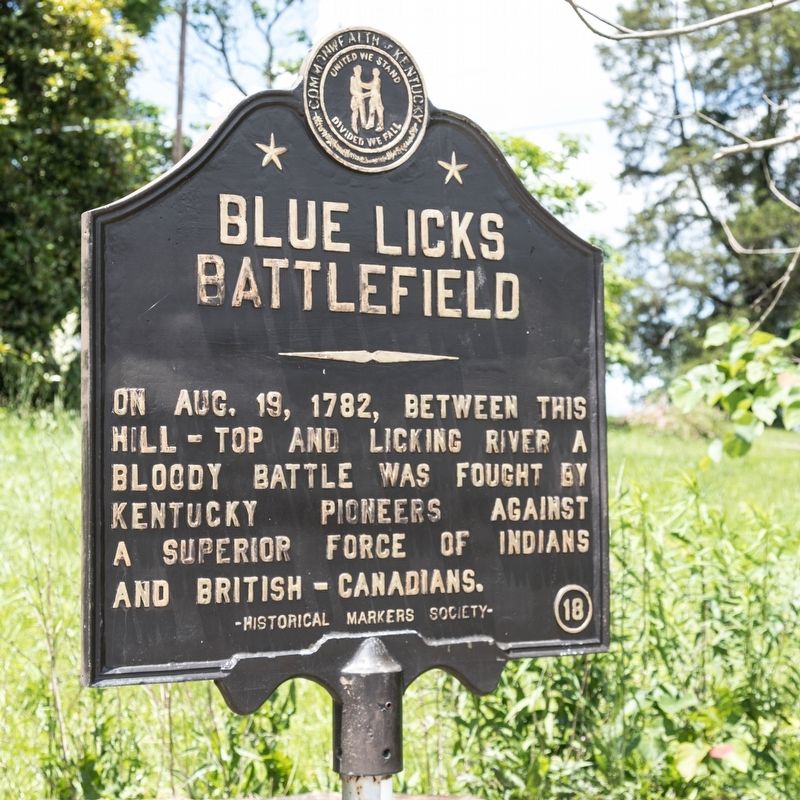 Photographed By J. J. Prats, June 13, 2019
1. Blue Licks Battlefield Marker
Inscription.
Blue Licks Battlefield. . On Aug. 19, 1782, between this hill-top and Licking River a bloody battle was fought by Kentucky pioneers against a superior force of Indians and British-Canadians. . This historical marker was erected in 1949 by Historical Markers Society. It is Near Ewing in Robertson County Kentucky

On Aug. 19, 1782, between this hill-top and Licking River a bloody battle was fought by Kentucky pioneers against a superior force of Indians and British-Canadians.

Topics and series. This historical marker is listed in this topic list: War, US Revolutionary. In addition, it is included in the Kentucky Historical Society series list. A significant historical date for this entry is August 19, 1782.

Location. 38° 26.066′ N, 83° 59.491′ W. Marker is near Ewing, Kentucky, in Robertson County. Marker is at the intersection of Maysville Road (U.S. 68) and the entrance to Blue Licks Battlefield State Park, on the left when traveling north on Maysville Road. Touch for map. Marker is at or near this postal address: 10299 Maysville Rd, Carlisle KY 40311, United States of America. Touch for directions. 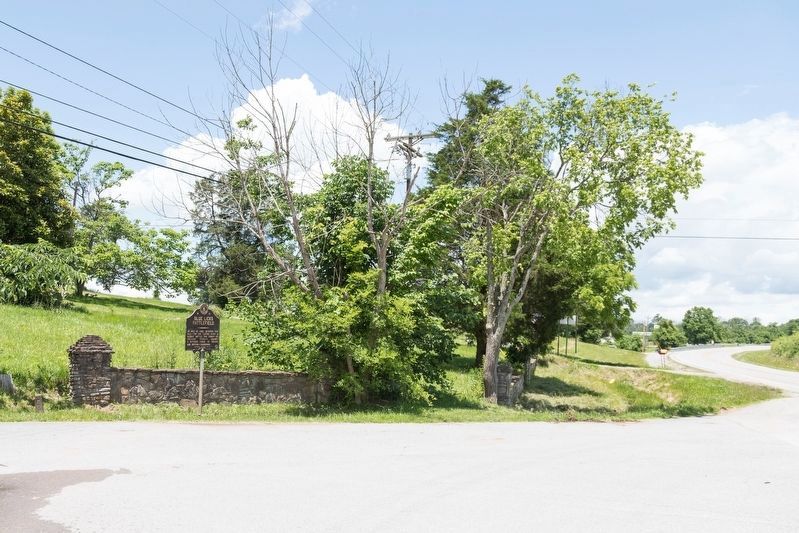 The Battle of Blue Licks, fought on August 19, 1782, was one of the last battles of the American Revolutionary War. The battle occurred ten months after Lord Cornwallis’s surrender at Yorktown, which had effectively ended the war in the east. On a hill next to the Licking River in what is now Robertson County, Kentucky (then Fayette County, Virginia), a force of about 50 American and Canadian Loyalists along with 300 American Indians ambushed and routed 182 Kentucky militiamen. It was the last victory for the Loyalists and Indians during the frontier war.