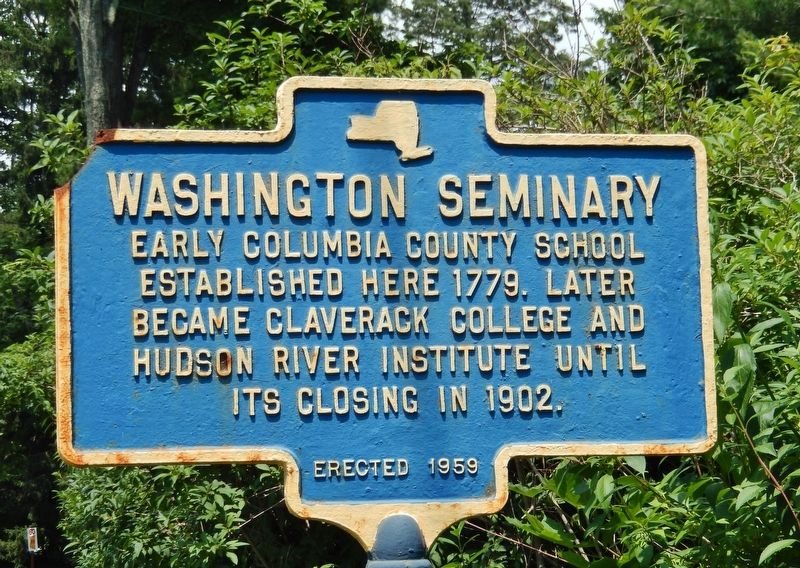 Topics. This historical marker is listed in these topic lists: Education • Settlements & Settlers. A significant historical year for this entry is 1779. 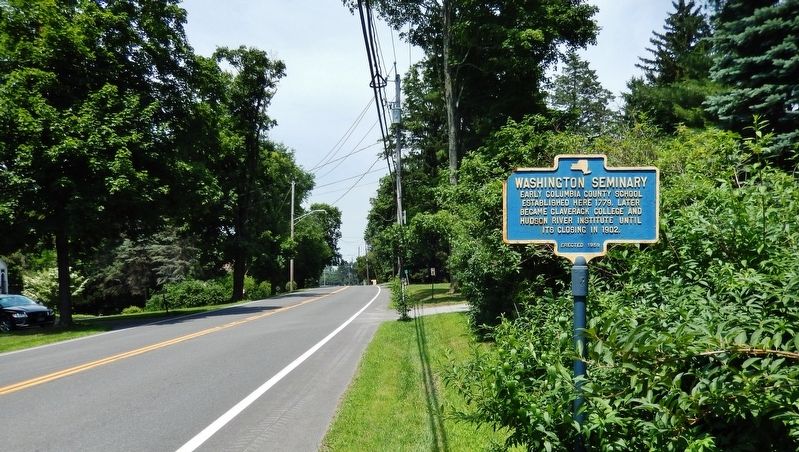 1. Claverack College (Wikipedia). The school was founded as the Washington Seminary during the American Revolution in 1779 by Rev. John Gabriel Gebhard, the pastor of the Reformed Dutch Church of Claverack. In 1830 the school was renamed Claverack Academy and in 1854 it became Claverack College (a quasi-military academy for boys) and Hudson River Institute (a school for girls). Claverack College closed in 1902. After its closure the land was divided and sold and the buildings razed. (Submitted on July 9, 2019, by Cosmos Mariner of Cape Canaveral, Florida.)

2. George Felpel House (Wikipedia). The George Felpel House is a stone Colonial Revival and Dutch Colonial Revival house built in the 1920s. Its stones are the remnants of Claverack College, which existed on the property from 1779 to 1902. Local architect Henry Mouls designed it in Colonial revival style, with some aspects of genuine Colonial architecture from the region.
National Register of Historic Places #97000927
(Submitted on July 9, 2019, by Cosmos Mariner of Cape Canaveral, Florida.) 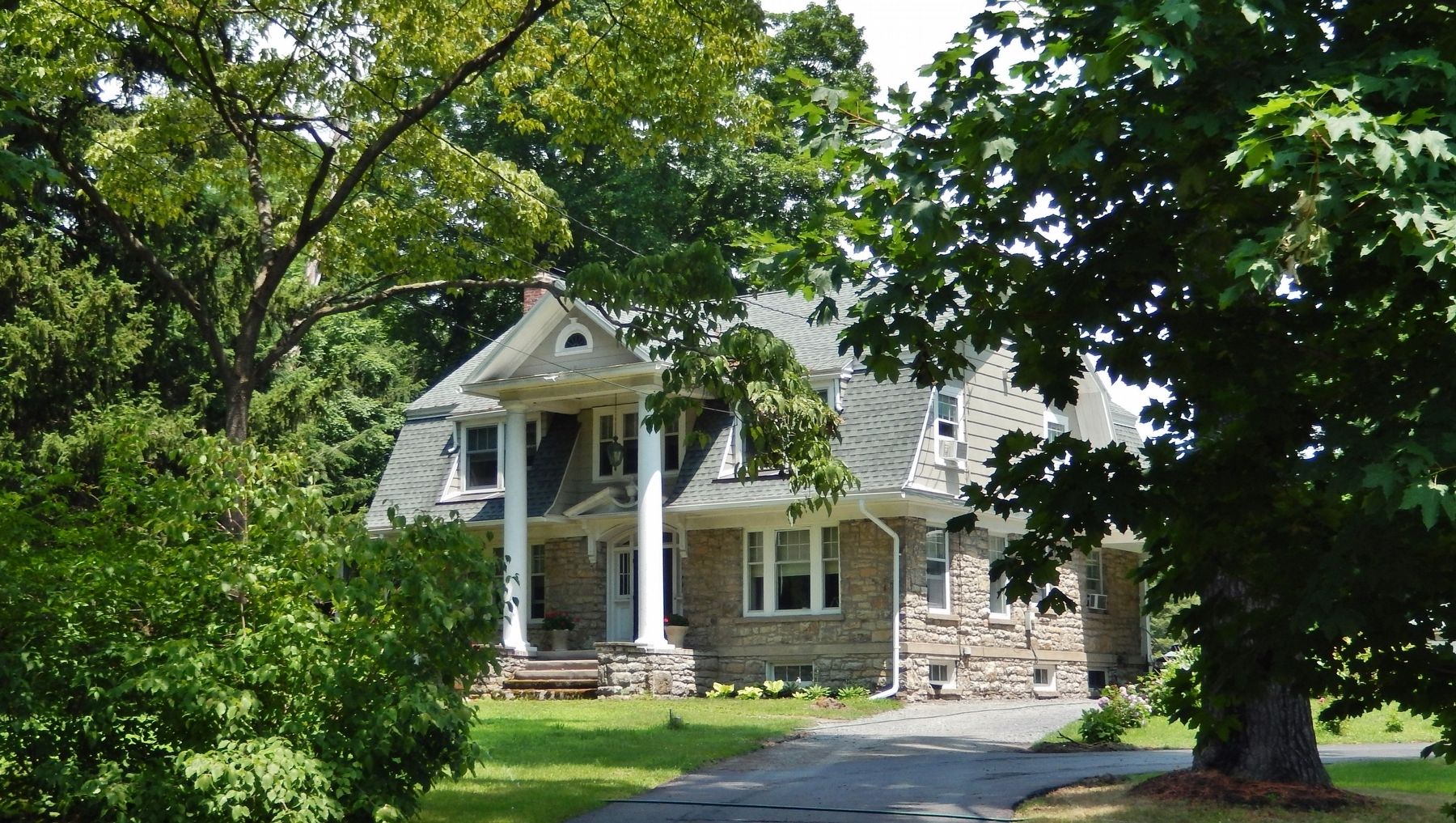