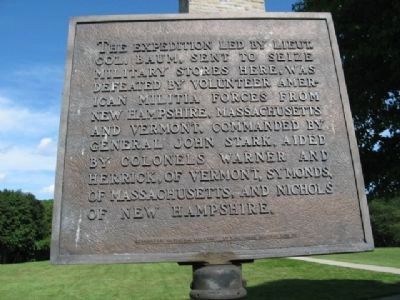 Monument erected 1887-1891 commemorates the Battle of Bennington, August 16, 1777. Height 301 Feet. The stone is blue dolomite. Cost of monument and site about $100,000. Funds appropriated by Congress and the Legislatures of Vermont, New Hampshire and Massachusetts.

Topics. This historical marker is listed in this topic list: War, US Revolutionary. A significant historical year for this entry is 1777.

Other nearby markers. At least 8 other markers are within walking distance of this marker. Continental Storehouse Site (a few steps from 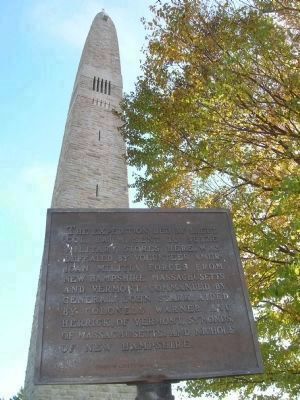 Regarding Battle of Bennington. The Bennington Battle Monument is a 306' stone obelisk opened to the public in 1891. A guided elevator takes visitors to the observation floor for spectacular views of Historic Bennington and three states. There are statues of John Stark and Seth Warner, as well as other notable monuments adorning the grounds.

Also see . . .
1. Bennington Battle Monument, hosted by Vermont State Historic Sites. The tallest structure in Vermont commemorates the Battle of Bennington, a battle that lead to the turning point in the Revolutionary War. (Submitted on March 3, 2008, by Kevin W. of Stafford, Virginia.) 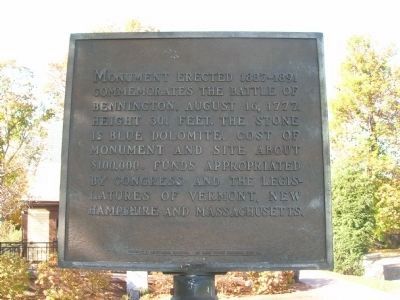 Photographed By Howard C. Ohlhous, October 25, 2008
3. Battle of Bennington Marker
This is the other side of the Marker.

2. Wikipedia entry for the Bennington Battle Monument. (Submitted on March 3, 2008, by Kevin W. of Stafford, Virginia.) 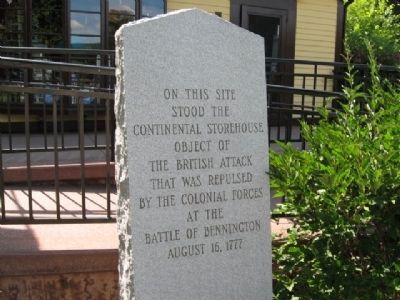 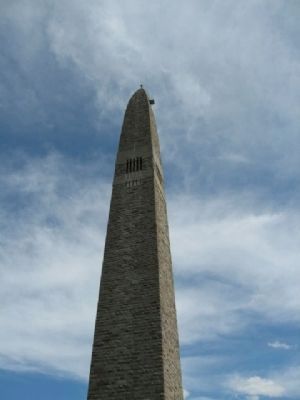 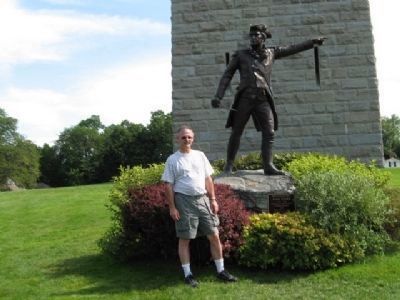 Photographed By Arlene Herrick, August 13, 2006
6. General John Stark Statue at the Battle of Bennington Monument
Standing next to the statue is Michael Herrick, a descendent of Colonel Samuel Herrick. 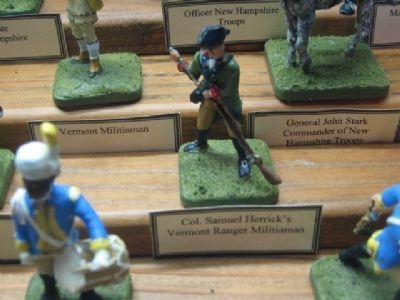