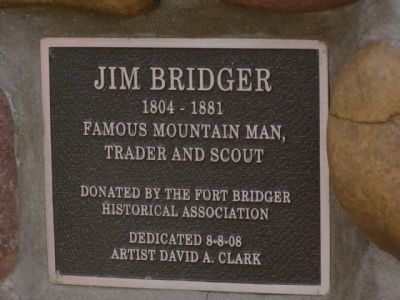 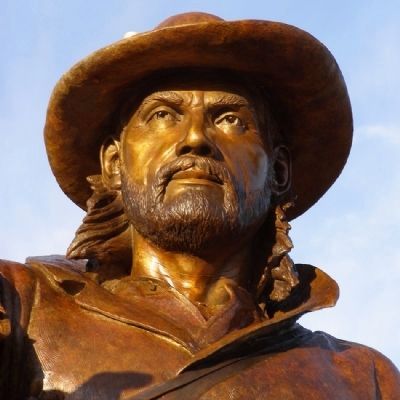 Photographed By Mary Johnston-Clark, August 8, 2008
2. Jim Bridger sculpture detail
The likeness of Jim Bridger was created using the few existing photographs, as well as contemporary artwork and accounts. He had sharp cheekbones, piercing eyes and at over 6' tall was said to have "the physique of a Greek god."

Regarding Jim Bridger. Jim Bridger was one of the pivotal figures of the West. Joining Ashley's Upper Missouri Exploration, he was one of the first white men to see the wonders of Yellowstone and was the first white to visit the Great Salt Lake. He suggested Salt Lake as a settlement place to Brigham Young (an action he later regretted). He spoke several languages including many Native American dialects and was a true prairie diplomat as well as an entrepreneur.

Related marker. Click here for another marker that is related to this marker. Another Jim Bridger marker. 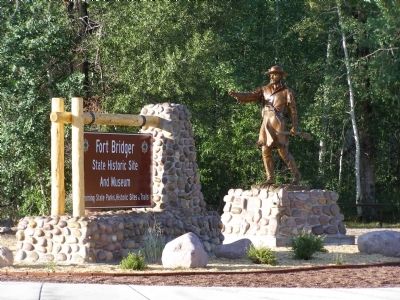 Photographed By Mary Johnston-Clark, August 8, 2008
3. Jim Bridger Marker
The marker is located in the front center of the sculpture's base. 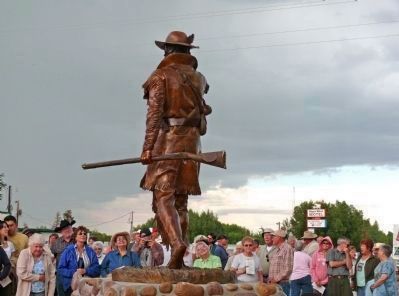