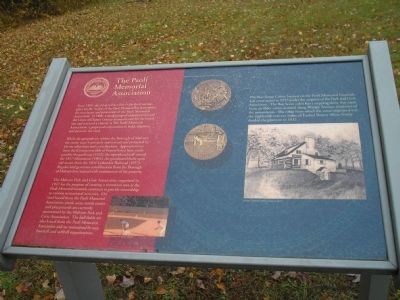 Since 1896, the 22-acre tract that is the final resting place for the victims of the Paoli Massacre has been under the watchcare and protection of the Paoli Memorial Association. In 1896, a small group of citizens petitioned the Court of Chester County to assume care for the burial site and received a charter as The Paoli Memorial Association, a perpetual corporation to hold, improve, and preserve the land.

While the grounds are within the Borough of Malvern, the entire tract is privately maintained and protected by life memberships and contributions. Appropriations from the Commonwealth of Pennsylvania have made possible the gatehouse (1922), the reproduced wall around the 1817 Monument (1964), the grandstand built upon old stones from the 1834 Columbia Railroad (1957). Regular and generous contributions from the Borough of Malvern have assisted with maintenance of the property. 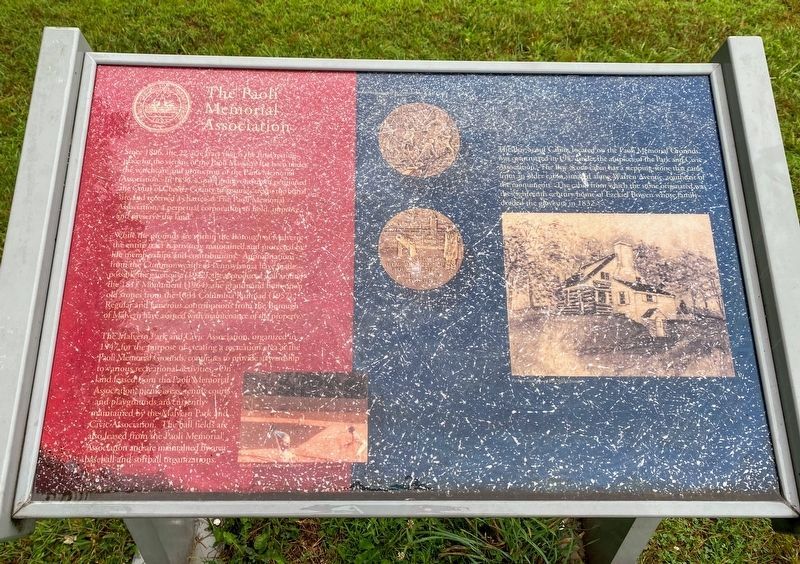 Click or scan to see
this page online
picnic areas, tennis courts and playgrounds are currently maintained by the Malvern Park and Civic Association. The ball fields are also leased from the Paoli Memorial Association and are maintained by area baseball and softball organizations.

Sidebar: The Boy Scout Cabin on the Paoli Memorial Grounds, was constructed in 1957 under the auspices of the Park and Civic Association. The Boy Scout cabin has a stepping-stone that came from an older cabin situated along Warren Avenue, southeast of the monuments. The cabin from which the stone originated was the eighteenth century home of Ezekiel Bowen whose family deeded the gravesites in 1832.

Topics. This historical marker is listed in these topic lists: Notable Places • War, US Revolutionary. A significant historical year for this entry is 1896. 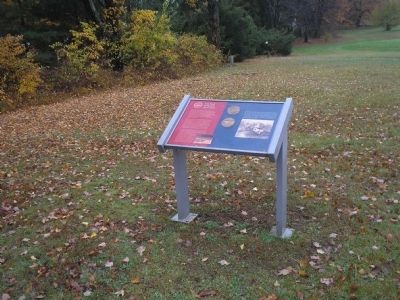 More about this marker. The upper right of the marker contains a picture of the Boy Scout cabin on the Paoli Grounds, courtesy of Boy Scout Troop 7. The bottom of the marker features a photo of the baseball field, courtesy of Helen Behter. The obverse and reverse of a Paoli bicentennial medal also appear on the marker. It has an inscription of “We who tread this hallowed ground 200 years later have not forgotten.”

Related markers. Click here for a list of markers that are related to this marker. This series of markers follow the walking trail of the Paoli Battlefield. 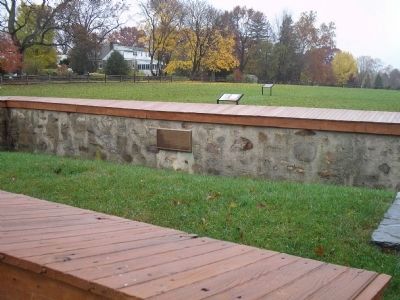 Photographed By Bill Coughlin, November 6, 2008
4. Wall Around the 1817 Monument
This wall is one of the improvements made to the Paoli Grounds by the Paoli Memorial Association. 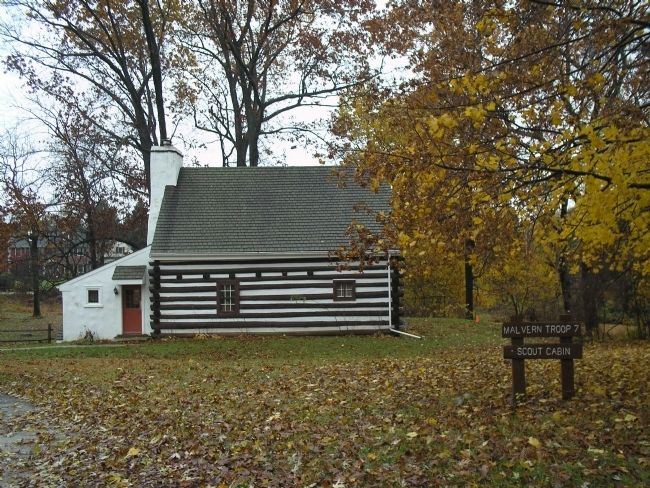