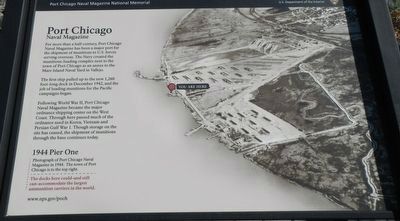 For more than a half-century, Port Chicago Naval Magazine has been a major port for the shipment of munitions to U.S. forces serving overseas. The Navy created the munitions-loading complex next to the town of Port Chicago as an annex to the Mare Island Naval Yard in Vallejo.
The first ship pulled up to the new 1,260 foot-long dock in December, 1942, and the job of loading munitions for the Pacific campaign began.
Following World War II, Port Chicago Naval Magazine became the major ordnance shipping center on the West Coast. Through here passed much of the ordnance used in Korea, Vietnam and Persian Gulf War I. Though storage on the site has ceased, the shipment of munitions through the base continues today.

1944 Pier One
Photograph of Port Chicago Naval Magazine in 1944. The town of Port Chicago is to the top right.
The docks here could - and still can - accommodate the largest ammunition carriers in the world.

Erected 2019 by National Park Service, U.S. Department of the Interior.

Topics. This memorial is listed in these topic lists: African Americans 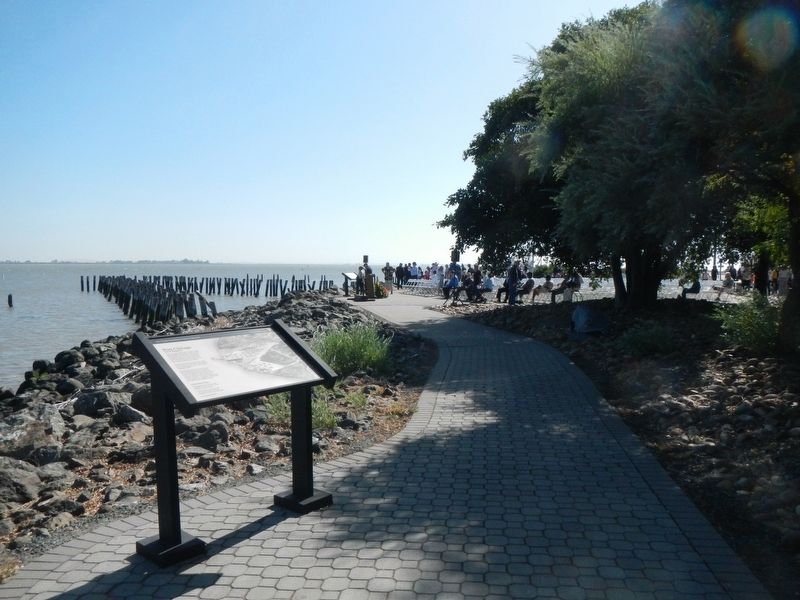 Click or scan to see
this page online
• Disasters • War, World II. A significant historical date for this entry is July 17, 1944.

More about this marker. Port Chicago Naval Magazine National Memorial is on the grounds of Military Ocean Terminal Concord. Access is restricted.

Also see . . .  The Port Chicago Disaster Remembered -- Military.com. At 10:18 p.m., an explosion ripped apart the night sky. Witnesses said that a brilliant white flash shot into the air, accompanied by a loud, sharp report. Flashing like fireworks, smaller explosions went off in the cloud as it rose. Within six seconds, a deeper explosion 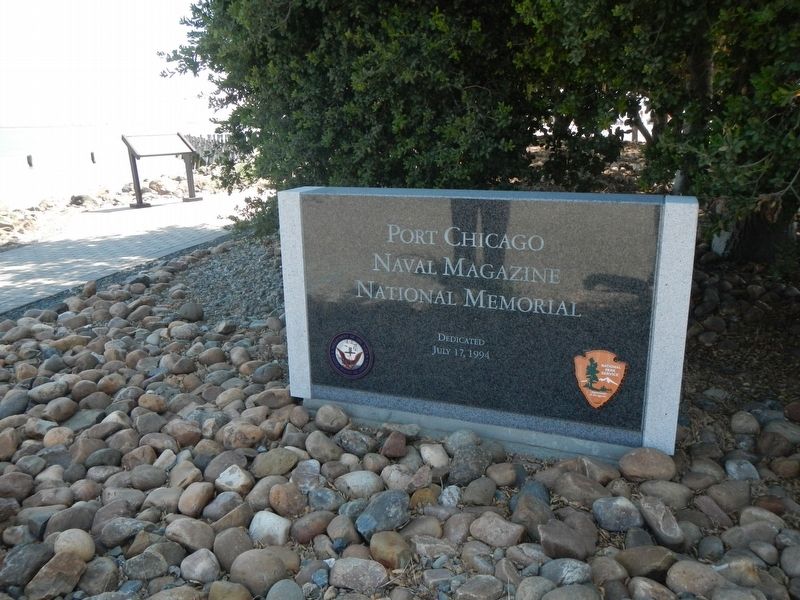