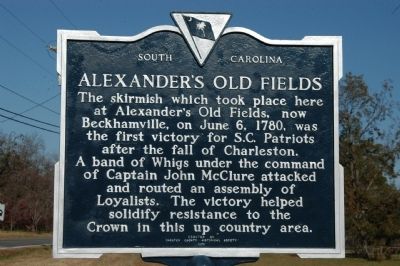 The skirmish which took place here at Alexander's Old Fields, now Beckhamville, on June 6, 1780, was the first victory for S.C. Patriots after the fall of Charleston. A band of Whigs under the command of Captain John McClure attacked and routed an assembly of Loyalist. The victory helped solidify resistance to the Crown in this up country area.

Topics. This historical marker is listed in these topic lists: Military • War, US Revolutionary. A significant historical month for this entry is June 1759.

Other nearby markers. At least 10 other markers are within 11 miles of this marker, measured as the crow flies. Battle Of Beckhamville (a few steps from this marker); Battle of Fishing Creek (approx. 3.3 miles 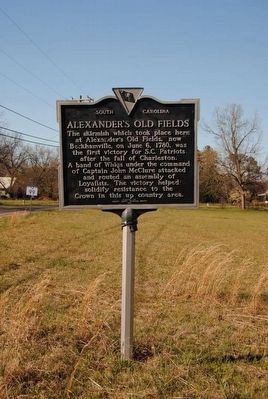 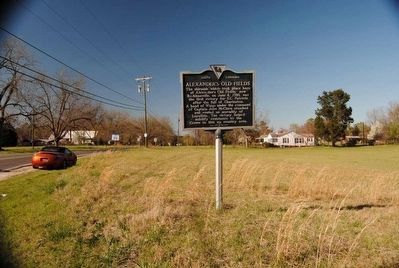 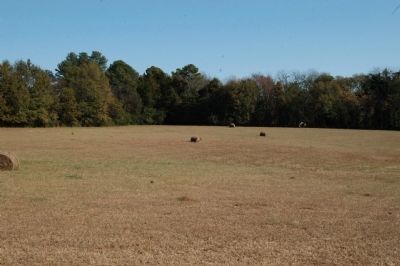