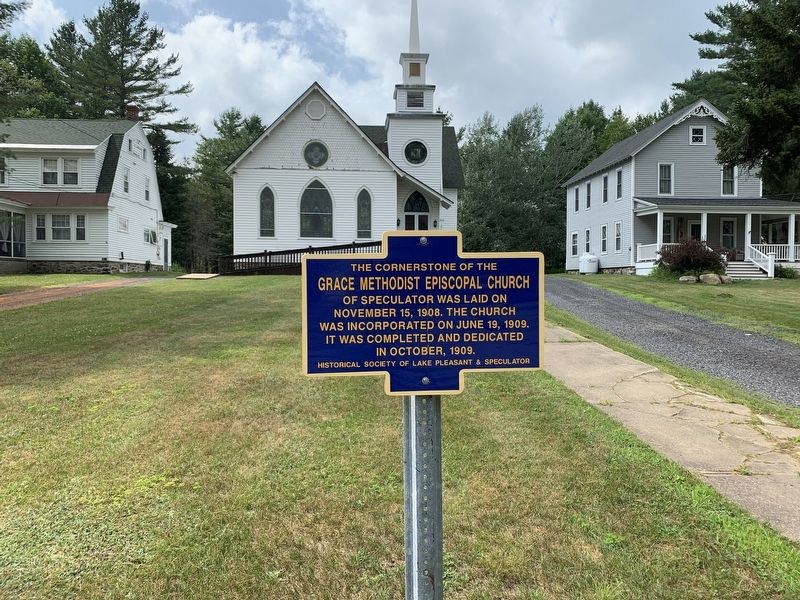 The cornerstone of the Grace Methodist Episcopal Church of Speculator was laid on November 15, 1908. The church was incorporated on June 19, 1909. It was completed and dedicated in October, 1909.

Topics. This historical marker is listed in this topic list: Churches & Religion. A significant historical date for this entry is June 19, 1909.

Other nearby markers. At least 8 other markers are within 9 miles of this marker, measured as the crow flies. Site of Buyce's Blacksmith Shop (within shouting distance of this marker); Site of Lake Pleasant House (about 400 feet away, measured in a direct line); First Town Hall (about 500 feet away); Site of Henry Slack's Store (about 600 feet away); Gene Tunney Park (approx. half a mile away); The Adirondacks 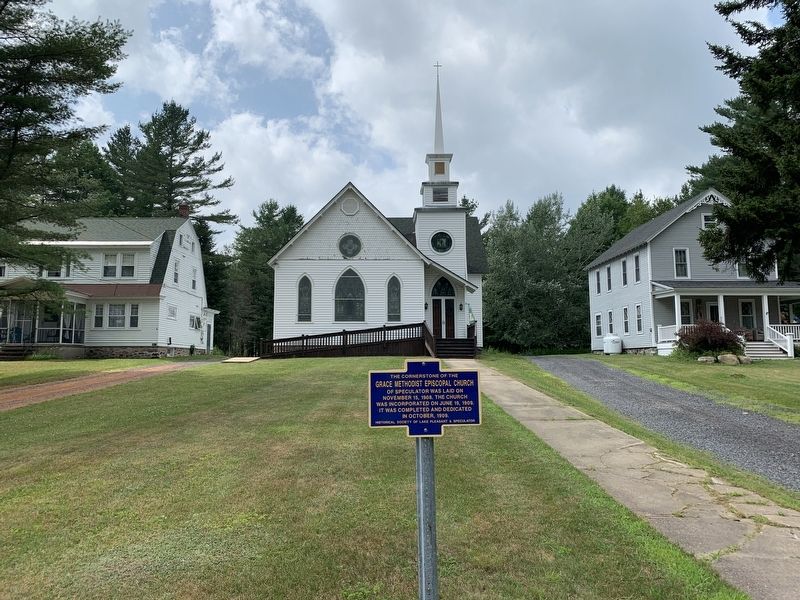