The Last and Most Advanced Aircraft Stationed at NAS Sanford 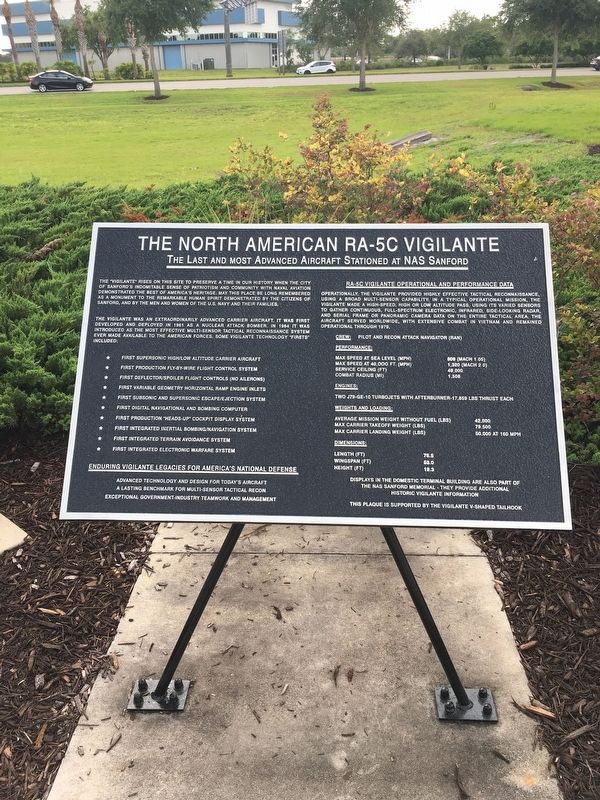 The Vigilante rises on this site to preserve a time in our history when the City of Sanford’s indomitable sense of patriotism and community with Naval Aviation demonstrated the best of America’s heritage. May this place be long remembered as a monument to the remarkable human spirit demonstrated by the citizens of Sanford, and by the men and women of the U.S. Navy and their families. 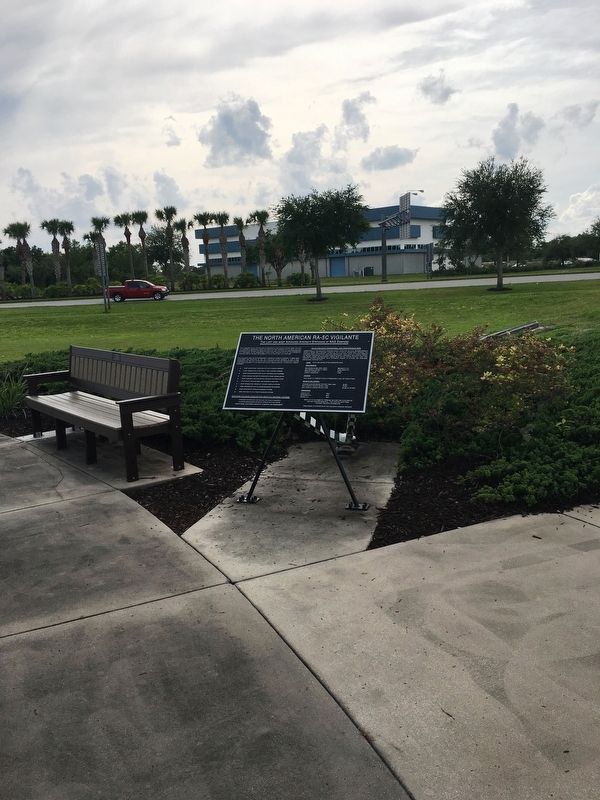 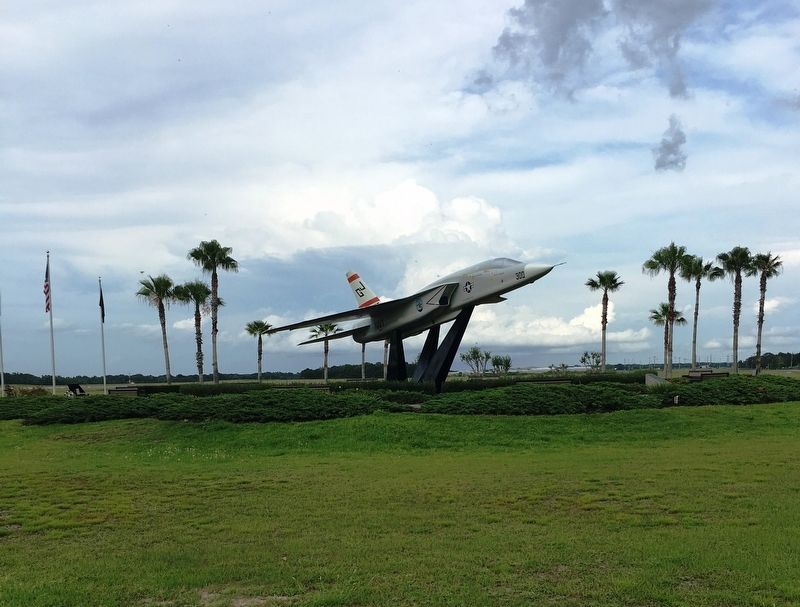 Location. 28° 45.888′ N, 81° 14.257′ W. Marker is in Sanford, Florida, in Seminole County. Memorial can be reached from Red Cleveland Boulevard, 0.1 miles south of Marquette Avenue. located within NAS Sanford Memorial Park. Touch for map. Marker is at or near this postal address: 1 Red Cleveland Boulevard, Sanford FL 32773, United States of America. Touch for directions.