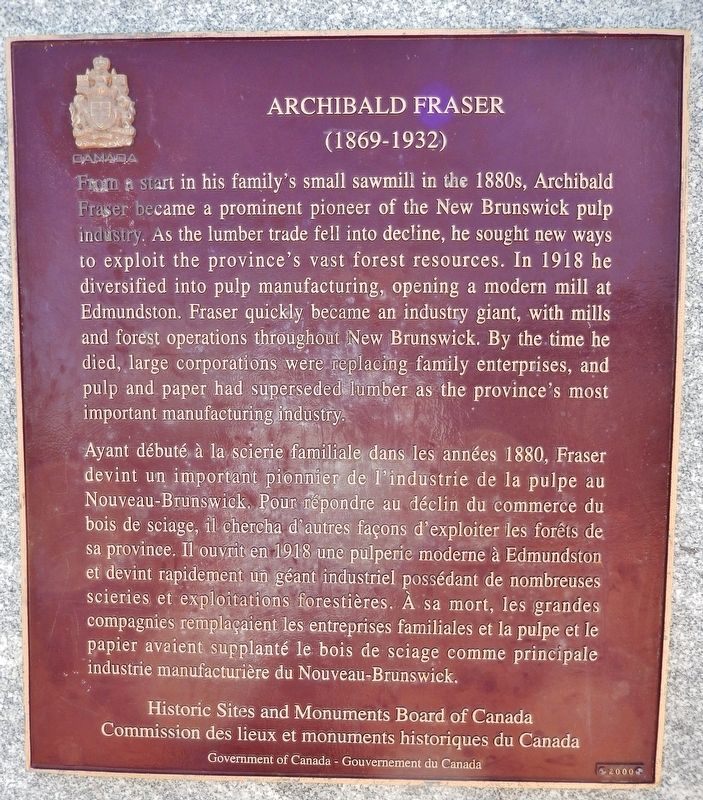 English:
From a start in his family's small sawmill in the 1880s, Archibald came a prominent pioneer of the New Brunswick pulp industry. As the lumber trade fell into decline, he sought new ways to exploit the province's vast forest resources. In 1918 he diversified into pulp manufacturing, opening a modern mill at Edmundston. Fraser quickly became an industry giant, with mills and forest operations throughout New Brunswick. By the time he died, large corporations were replacing family enterprises, and pulp and paper had superseded lumber as the province's most important manufacturing industry. 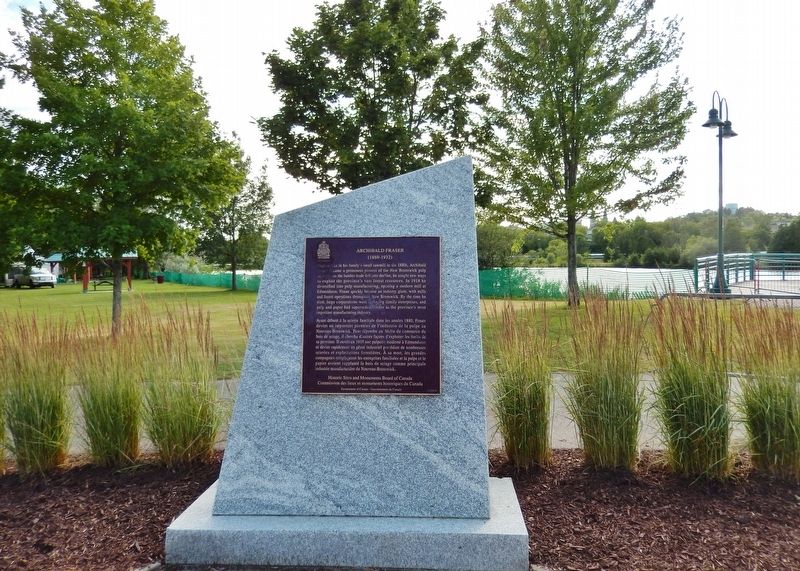 Topics and series. This historical marker is listed in these topic lists: Horticulture & Forestry • Industry & Commerce. In addition, it is included in the Canada, Historic Sites and Monuments Board series list. A significant historical year for this entry is 1918.

Location. 47° 21.984′ N, 68° 19.364′ W. Marker is in Edmundston, New Brunswick, in Madawaska County. Marker is on Rue Victoria south of Station Street, on the right when traveling south. Marker is located near the center of Petit-Sault Park, beside the sidewalk leading to the Pont Bernard Valcourt Foot Bridge across the Madawaska River. Touch for map. Marker is at or near this postal address: 116 Rue Victoria, Edmundston NB E3V 2H6, Canada. Touch for directions. 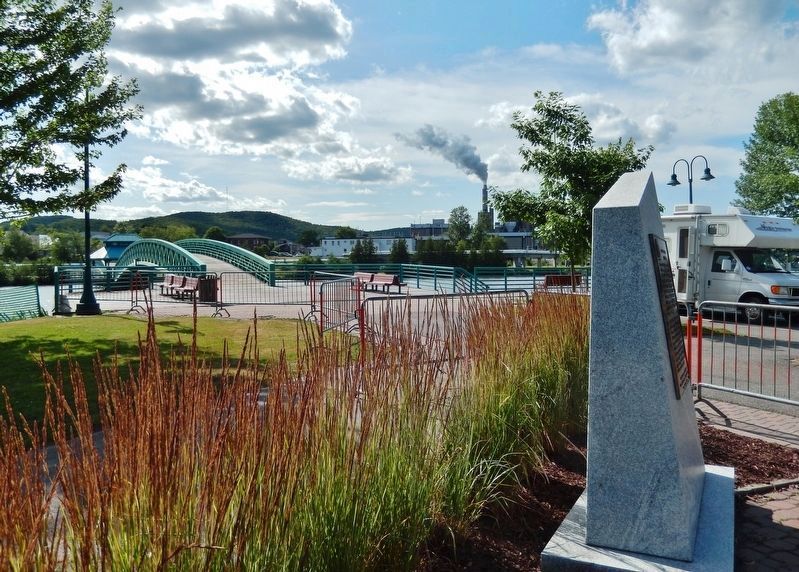 Also see . . .
1. Fraser Paper Company. Fraser Paper Company, located in Madawaska, Maine and Edmundston, New Brunswick, was founded in 1917. It was built and operated for several generations by the descendants of Scottish immigrants from the Fraser, Matheson and Brebner families, who immigrated to Canada from Scotland in the mid 19th century, and came together in the ensuing decades to build a lumber empire. (Submitted on August 3, 2019, by Cosmos Mariner of Cape Canaveral, Florida.)

2. Archibald Fraser (Wikipedia). Archibald Fraser was a Scottish-born industrialist in New Brunswick involved in the forest and pulp and paper industries. The son of Donald Fraser, he was born in Aberdeen and came to New Brunswick with his family four years later. His father had entered the lumber business by 1877 and, in 1884, Archibald and his brother Donald Jr. joined the family business. In 1917, 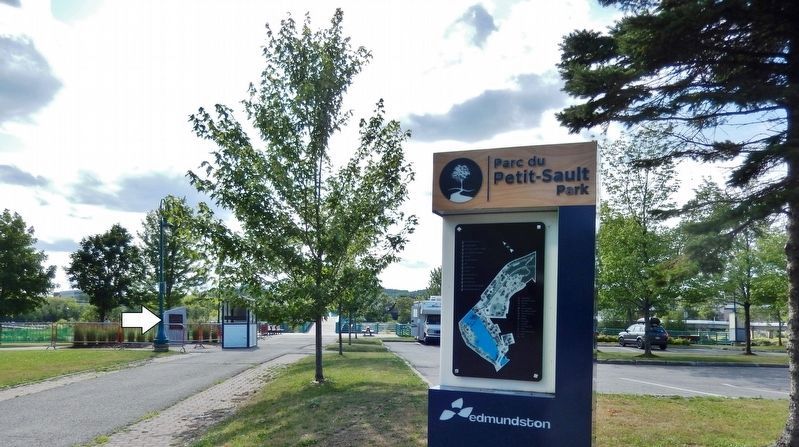