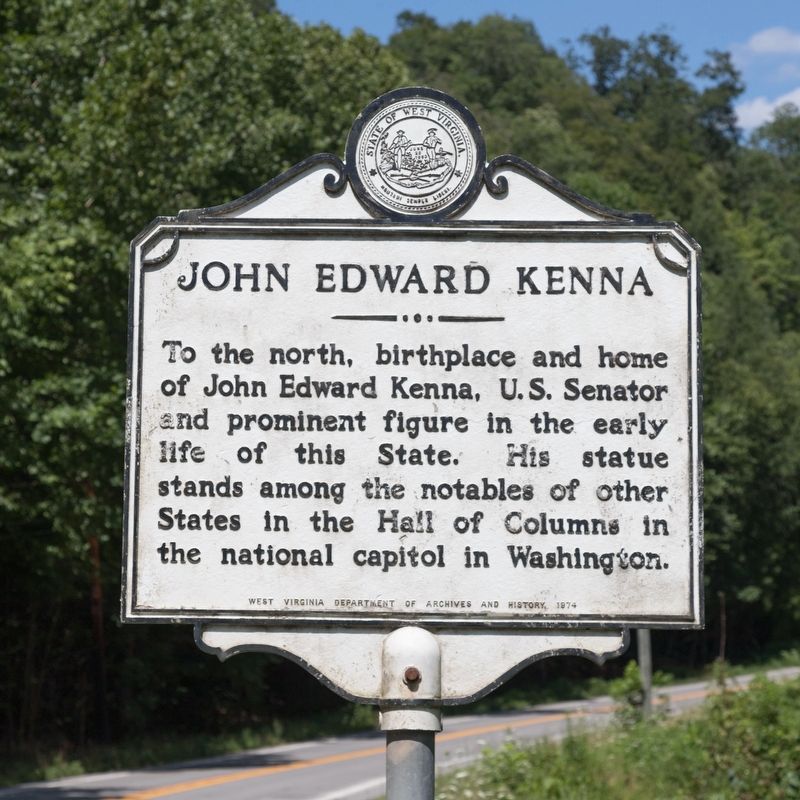 Photographed By J. J. Prats, July 13, 2019
1. John Edward Kenna Marker
Inscription.
John Edward Kenna. . To the north, birthplace and home of John Edward Kenna, U. S. Senator and prominent figure in the early life of this State. His statue stands among the notables of other States in the Hall of Columns in the national capitol in Washington. . This historical marker was erected in 1974 by West Virginia Department of Archives and History. It is Near Peytona in Boone County West Virginia

To the north, birthplace and home of John Edward Kenna, U. S. Senator and prominent figure in the early life of this State. His statue stands among the notables of other States in the Hall of Columns in the national capitol in Washington.

Erected 1974 by West Virginia Department of Archives and History.

Topics and series. This historical marker is listed in this topic list: Government & Politics. In addition, it is included in the West Virginia Archives and History series list.

Location. 38° 8.072′ N, 81° 41.239′ W. Marker is near Peytona, West Virginia, in Boone County. Marker is on Daniel Boone Parkway (West Virginia Route 3) half a mile west of the Peytona Post Office on Roundbottom Road (Local Route 119/21). It is at Drawdy Falls roadside park. Touch for map. Marker is in this post office area: Peytona WV 25154, United States of America. Touch for directions.

Other nearby markers. At least 8 other markers are within 9 miles of this marker, measured as the crow flies. Indian Camp (a few steps from this marker); Coal Discovered (approx. 0.4 miles away); Peytona (approx. half a mile away); Nellis No. 3 Mine Explosion 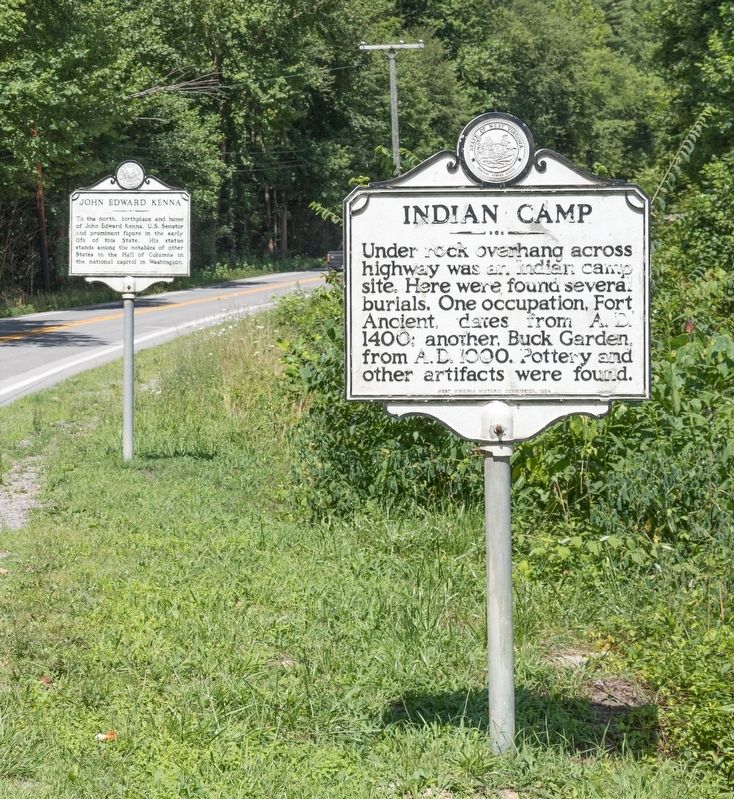 John Kenna was born on April 10, 1848, in Kanawha County, Virginia, which became part of the state of West Virginia in 1863. He had little education, and at the age of 16 he served with General Shelby in the Confederate Army and was wounded. After returning home, he read law and was admitted to the bar in 1870. He became very active in the emerging Democratic party of West Virginia.

He rose from prosecuting attorney of Kanawha County in 1872 to justice pro tempore of the county circuit in 1875, and to the United States House of Representatives in 1876. While in the House he championed railroad legislation and crusaded for aid for slack-water navigation to help the coal, timber and salt industries in his state. These activities earned him a seat in the United States Senate in 1883, where he continued fighting for his two causes. 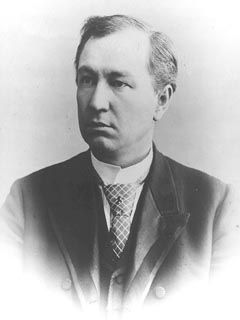 via Wikipedia Commons
3. John Edward Kenna (1848–1893)
speaker on the issue of the independence of the executive branch of the government. He forcefully defended President Cleveland on several issues and indicted the Senate Republican majority for failure to pass tariff reforms. His brilliant career was cut short with his sudden death at the age of 45 on January 11, 1893.