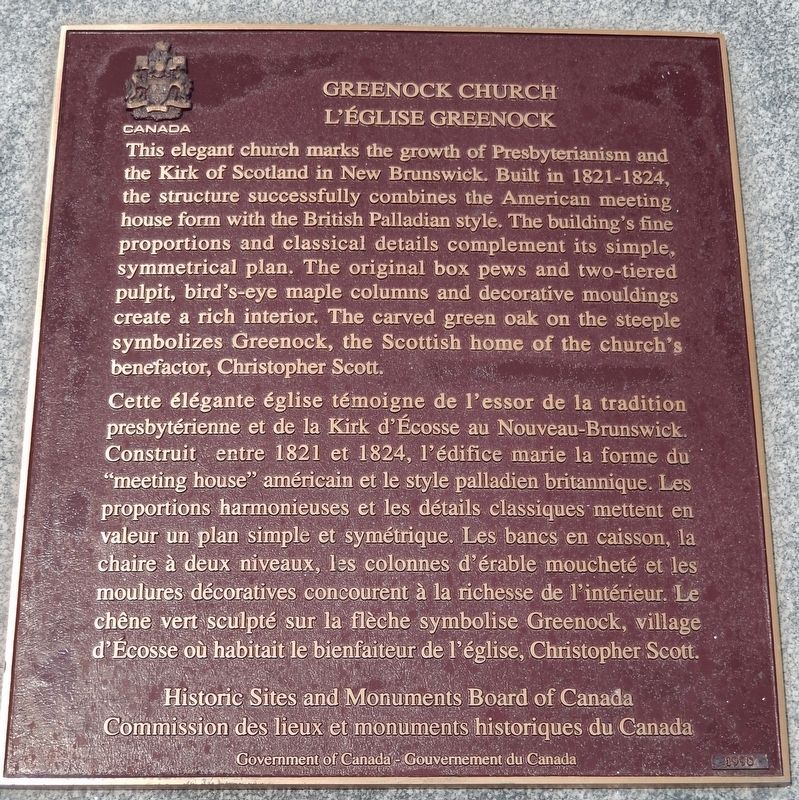 English:
This elegant church marks the growth of Presbyterianism and the Kirk of Scotland in New Brunswick. Built in 1821-1824, the structure successfully combines the American meeting house form with the British Palladian style. The building's fine proportions and classical details complement its simple, symmetrical plan. The original box pews and two-tiered pulpit, bird's-eye maple columns and decorative mouldings create a rich interior. The carved green oak on the steeple symbolizes Greenock, the Scottish home of the church's benefactor, Christopher Scott. 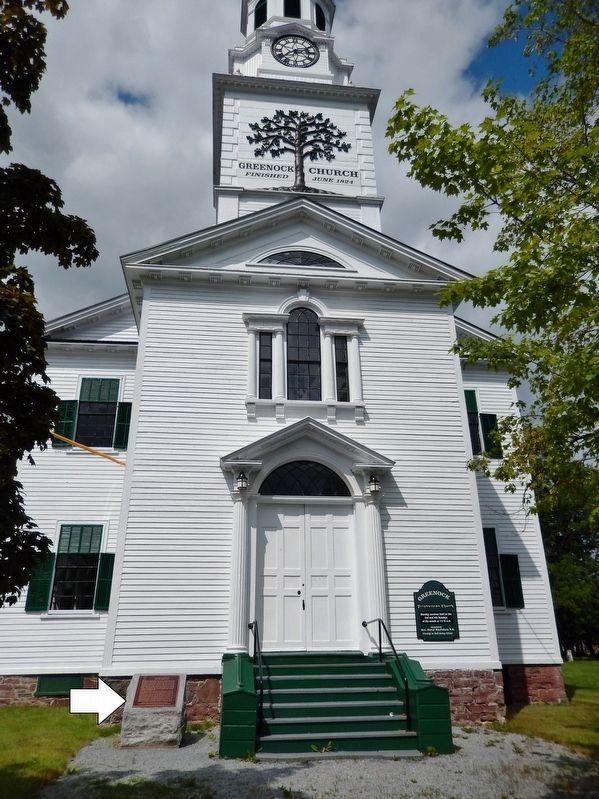 Topics and series. This historical marker is listed in these topic lists: Architecture • Churches & Religion • Settlements & Settlers. In addition, it is included in the Canada, Historic Sites and Monuments Board series list. A significant historical year for this entry is 1821. 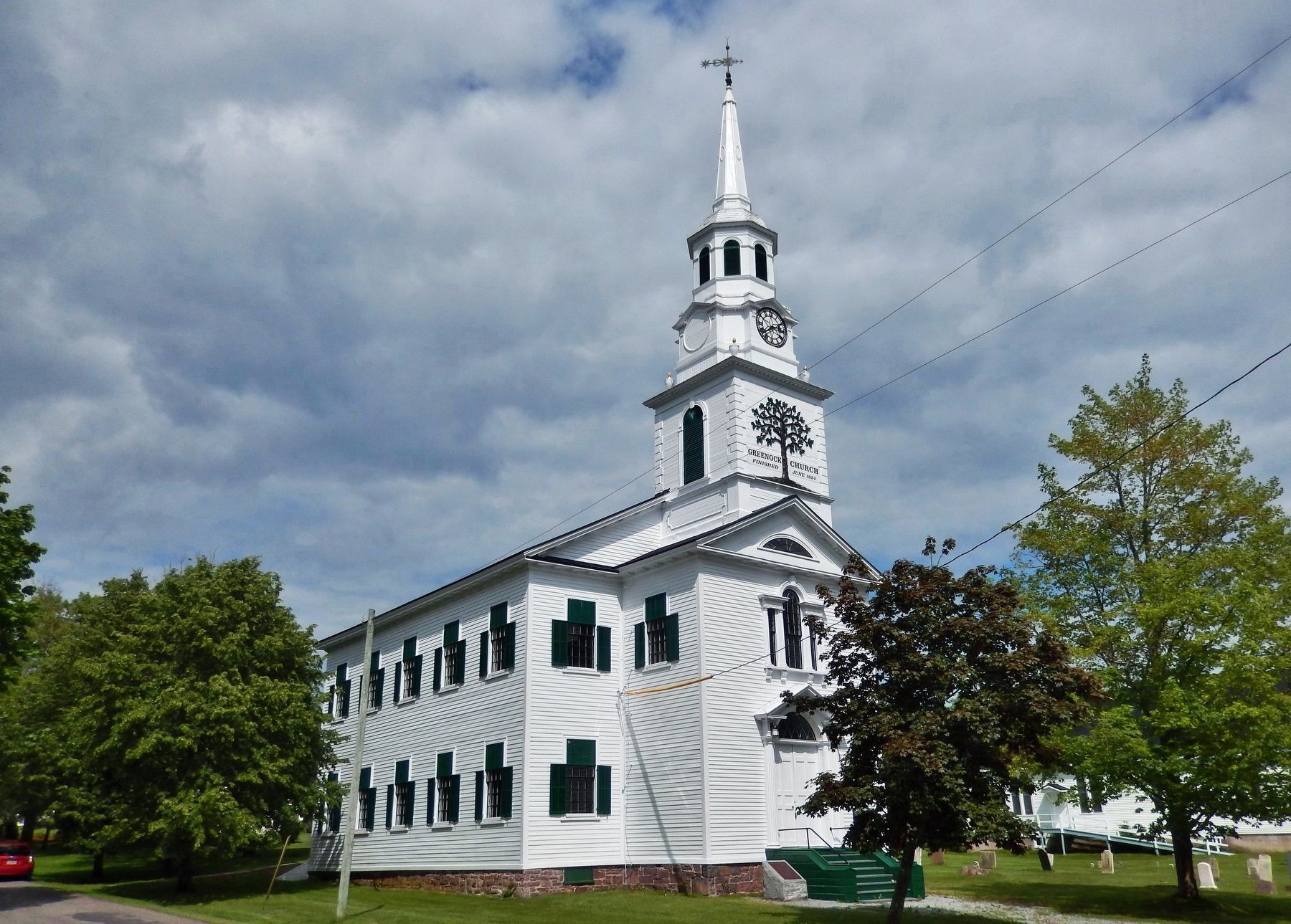 Also see . . .
1. Greenock Presbyterian Church. The Greenock Presbyterian Church is also recognized for its association with the early religious struggles in St. Andrews and for its connection with Christopher Scott and the Country of Scotland. From the arrival of the Loyalists in 1783 until 1820, the Protestant Church was the only church in St. Andrews. (Submitted on August 4, 2019, by Cosmos Mariner of Cape Canaveral, Florida.)