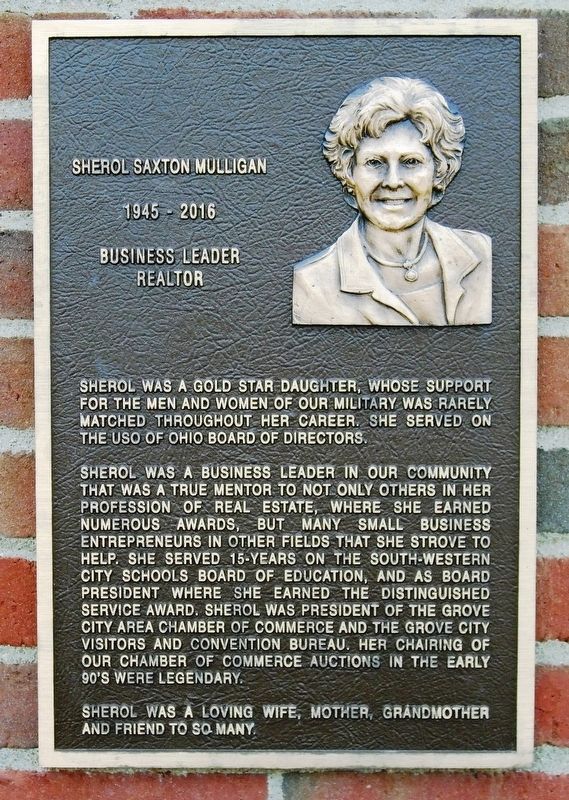 Sherol was a Gold Star Daughter, whose support for the men and women of our military was rarely matched throughout her career. She served on the USO of Ohio Board of Directors.

Sherol was a business leader in our community that was a true mentor to not only others in her profession of real estate, where she earned numerous awards, but many small business entrepreneurs in other fields that she strove to help. She served 15-years on the South-Western City Schools Board of Education, and as board president where she earned the Distinguished Service Award. Sherol was president of the Grove City Area Chamber of Commerce and the Grove City Visitors and Convention Bureau. Her chairing of our Chamber of Commerce Auctions in the early 90's were legendary.

Sherol was a loving wife, mother, grandmother and friend to so many. ,