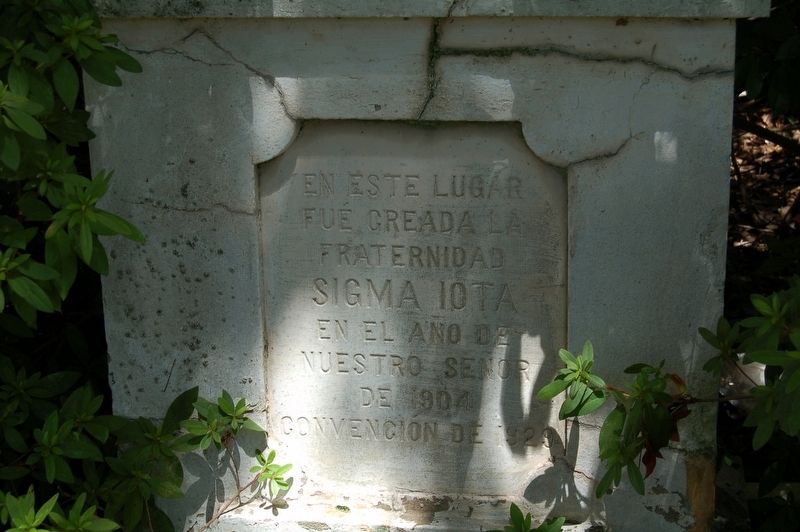 August 9, 2019
1. Sigma Iota Marker
Inscription.
English translation:
Here in this place was created the Sigma Iota Fraternity in the Year of Our Lord 1904 Convention of 1929.. . This historical marker was erected in 1929. It is in Baton Rouge in East Baton Rouge Parish Louisiana