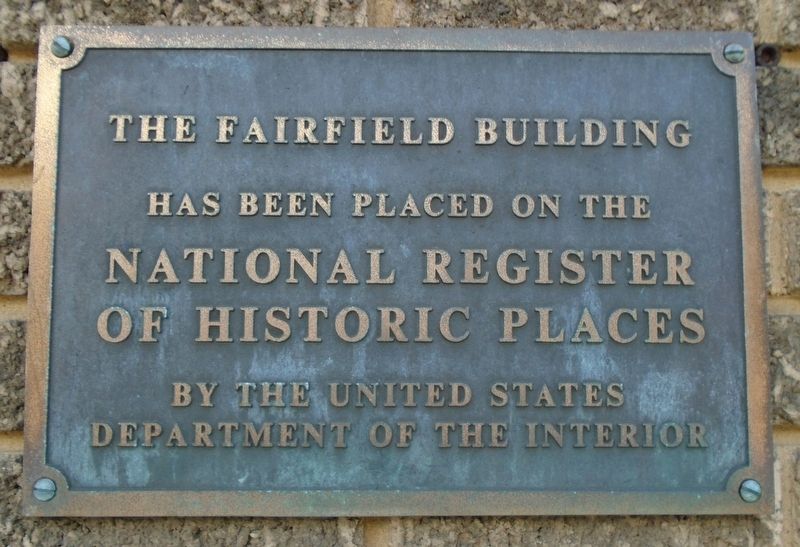 Photographed By William Fischer, Jr., August 7, 2019
1. The Fairfield Building National Register Marker
Inscription.
has been placed on the National Register of Historic Places by the United States Department of the Interior. . This historical marker is in Lancaster in Fairfield County Ohio