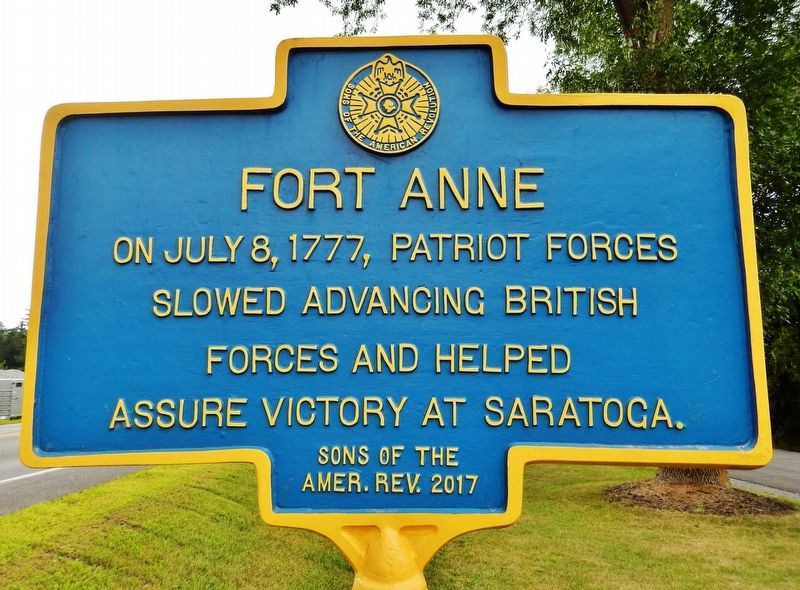 Erected 2017 by Sons of the American Revolution.

Topics and series. This historical marker is listed in these topic lists: Forts and Castles • Patriots & Patriotism • War, US Revolutionary. In addition, it is included in the Sons of the American Revolution series list. A significant historical date for this entry is July 8, 1777.

Location. 43° 25.15′ N, 73° 29.189′ W. Marker is in Fort Ann, New York, in Washington County. Marker is on George Street (U.S. 4) 0.1 miles north of Crandall Lane, on the left when traveling north. Marker is located in the Fort Anne interpretive pull-out on the west side of George Street. Touch for map. Marker is in this post office area: Fort Ann NY 12827, United States of America. Touch for directions. 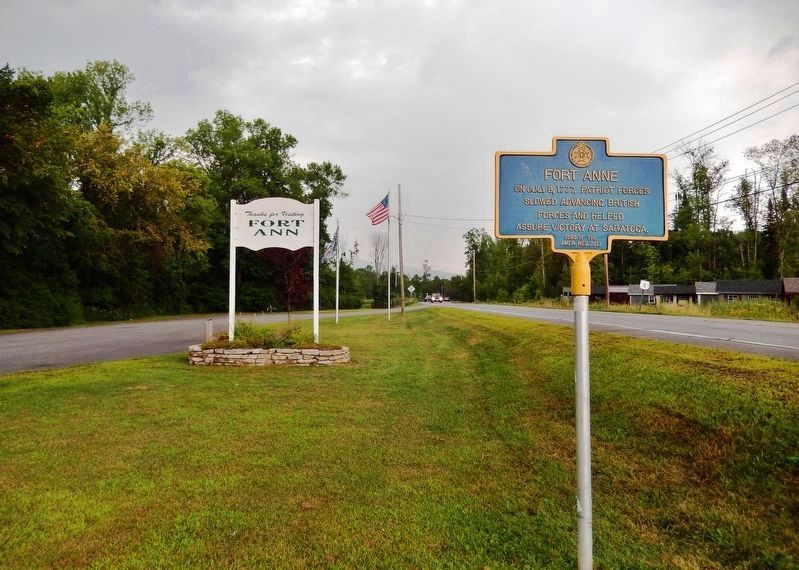 Regarding Fort Anne. This marker commemorates the battle that was fought at Battle Hill less than one mile from the marker site in July 1777. This marker is along the 1777 route of British General John Burgoyne from Québec City to his defeat at Saratoga at the hands of Patriots under the command of General Horatio Gates. The Battle of Fort Ann was one of the engagements that occurred prior to the Battles of Saratoga. 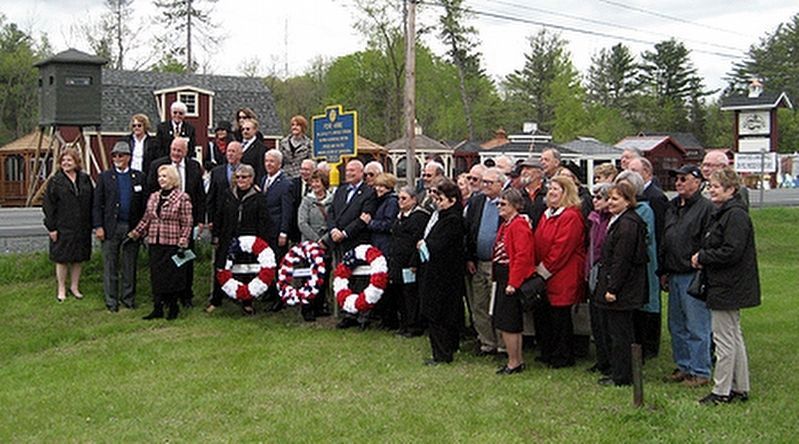