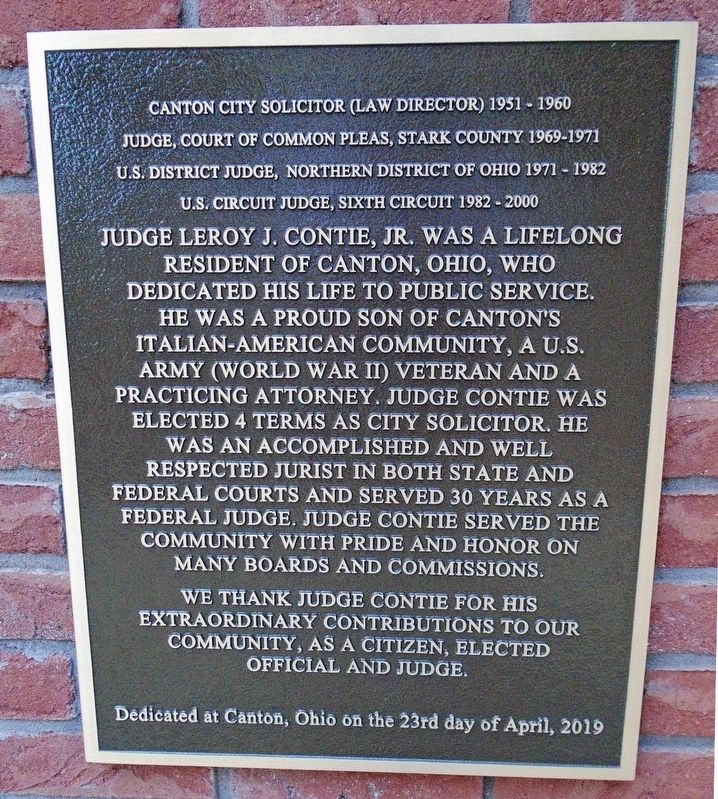 Judge Leroy J. Contie, Jr. was a lifelong resident of Canton, Ohio, who dedicated his life to public service. He was a proud son of Canton's Italian-American community, a U.S. Army (World War II) veteran and a practicing attorney. Judge Contie was elected 4 terms as City Solicitor. He was an accomplished and well respected jurist in both state and federal courts and served 30 years as a federal judge. Judge Contie served the community with pride and honor on many boards and commissions.

We thank Judge Contie for his extraordinary contributions to our community, as a citizen, elected official and judge.

Dedicated at Canton, Ohio on the 23rd day of April, 2019. . This historical marker was erected in 2019 by City of Canton. It is in Canton in Stark County Ohio