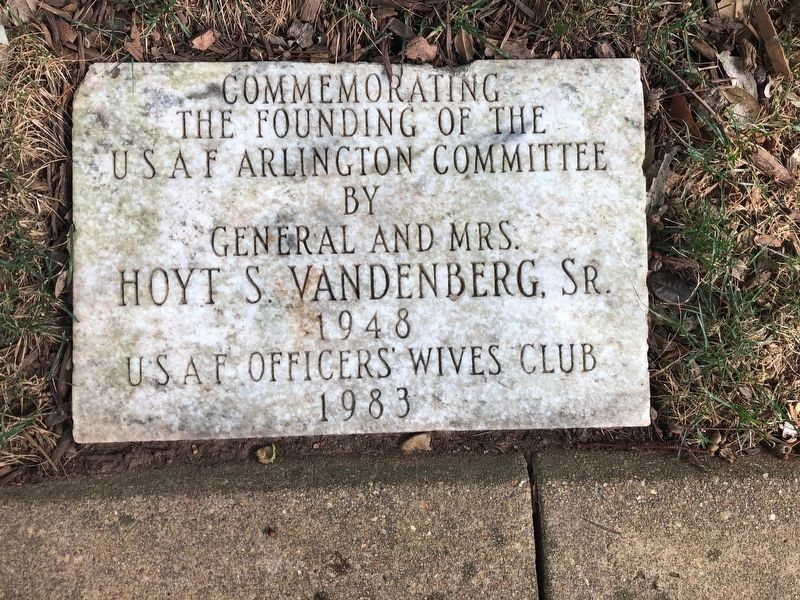 Commemorating
the founding of the
U S A F Arlington Committee
by
General and Mrs.
Hoyt S. Vandenberg, Sr.
1948

Topics and series. This historical marker is listed in these topic lists: Air & Space • Fraternal or Sororal Organizations • Military. In addition, it is included in the National Cemeteries series list. A significant historical year for this entry is 1948.

Location. 38° 52.982′ N, 77° 4.22′ W. Marker is in Arlington, Virginia, in Arlington County. Marker is on Custis Walk just east of Sheridan Drive, on the left when traveling east. Touch for map. Marker is at or near this postal address: 30 Sherman Drive, Fort Myer VA 22211, United States of America. Touch for directions.