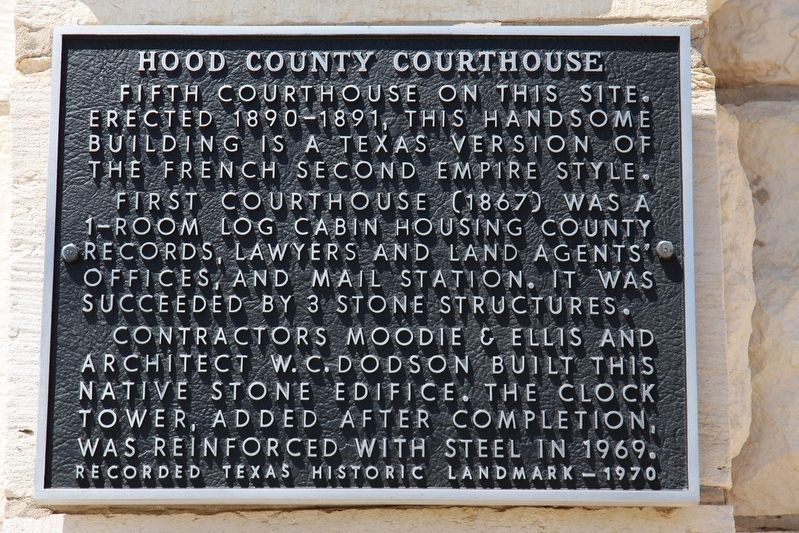 Fifth courthouse on this site. Erected 1890-1891, this handsome building is a Texas version of the French Second Empire style.

Other nearby markers. At least 8 other markers are within walking distance of this marker. City named for Texas Confederate General H.B. Granbury (here, next to this marker); Nellie Gray Robertson 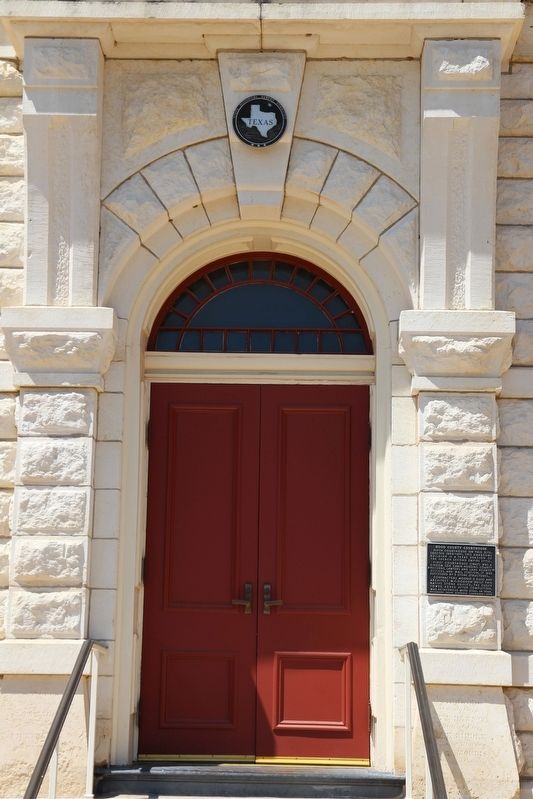 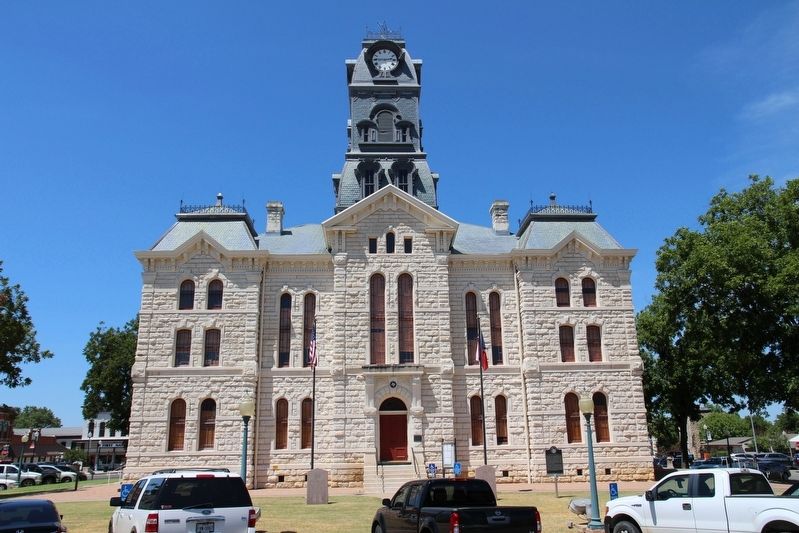