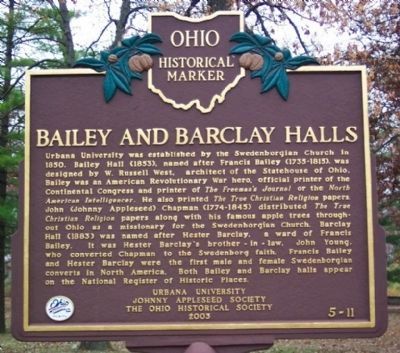 Bailey and Barclay Halls. Urbana University was established by the Swedenborgian Church in 1850. Bailey Hall (1853), named after Francis Bailey (1735-1815), was designed by W. Russell West, architect of the Statehouse of Ohio. Bailey was an American Revolutionary War hero, official printer of the Continental Congress and printer of The Freeman's Journal or the North American Intelligencer. He also printed The True Christian Religion papers. John (Johnny Appleseed) Chapman (1774-1845) distributed The True Christian Religion papers along with his famous apple trees throughout Ohio as a missionary for the Swedenborgian Church. Barclay Hall (1883) was named after Hester Barclay, a ward of Francis Bailey. It was Hester Barclay's brother-in-law, John Young, who converted Chapman to the Swedenborg faith. Francis Bailey and Hester Barclay were the first male and female Swedenborgian converts in North America. Both Bailey and Barclay halls appear on the National Register of Historic Places. 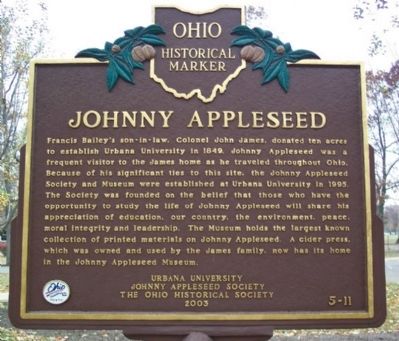 Click or scan to see
this page online
in 1849. Johnny Appleseed was a frequent visitor to the James home as he traveled throughout Ohio. Because of his significant ties to this site, the Johnny Appleseed Society and Museum were established at Urbana University in 1995. The Society was founded on the belief that those who have the opportunity to study the life of Johnny Appleseed will share his appreciation of education, our country, the environment, peace, moral integrity and leadership. The Museum holds the largest known collection of printed materials on Johnny Appleseed. A cider press, which was owned and used by the James family, now has its home in the Johnny Appleseed Museum.

Topics and series. This historical marker is listed in these topic lists: Churches & Religion • Education • Patriots & Patriotism. In addition, it is included in the Ohio Historical Society / The Ohio History Connection series list. A significant historical year for this entry is 1850.

Location. 40° 6.135′ N, 83° 45.726′ W. Marker is in Urbana, Ohio, in Champaign County. Marker is on College Way, on the right when traveling south. Marker is on the grounds of Urbana University, on the south side of Bailey and Barclay 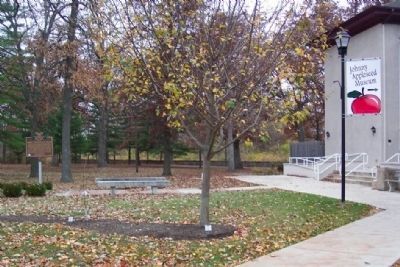 Related marker. Click here for another marker that is related to this marker. Another Johnny Appleseed marker. 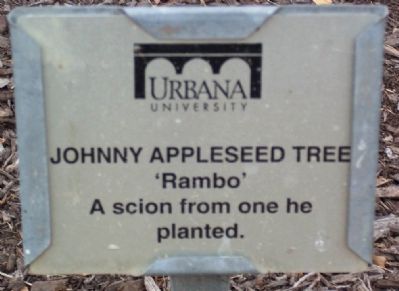 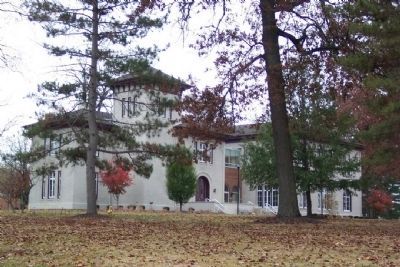 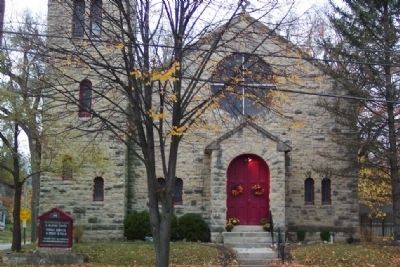