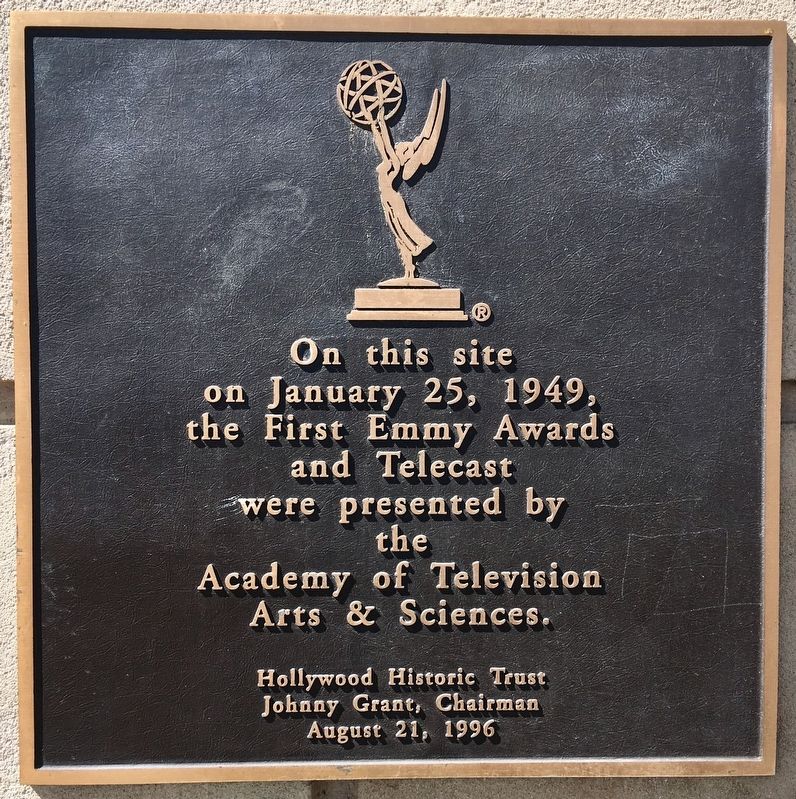 Photographed By Craig Baker, August 18, 2019
1. First Emmy Awards Marker
Inscription.
First Emmy Awards. . On this site on January 25, 1949, the first Emmy Awards and Telecast were presented by the Academy of Television Arts and Sciences. . This historical marker was erected in 1996 by Hollywood Historic Trust - Johnny Grant, Chairman. It is in Hollywood in Los Angeles County California

On this site on January 25, 1949, the first Emmy Awards and Telecast were presented by the Academy of Television Arts & Sciences.

Topics. This historical marker is listed in these topic lists: Arts, Letters, Music • Communications • Entertainment. A significant historical date for this entry is January 25, 1949.

Location. 34° 5.889′ N, 118° 19.918′ W. Marker is in Hollywood, California, in Los Angeles County. Marker is on Sunset Boulevard west of Wilcox Avenue, on the right when traveling west. Touch for map. Marker is at or near this postal address: 6525 Sunset Blvd, Los Angeles CA 90028, United States of America. Touch for directions.

More about this marker. This building is the historic 1924 Hollywood Athletic Club, founded by Charlie Chaplin, Rudolph Valentino, and Cecil B. DeMille. 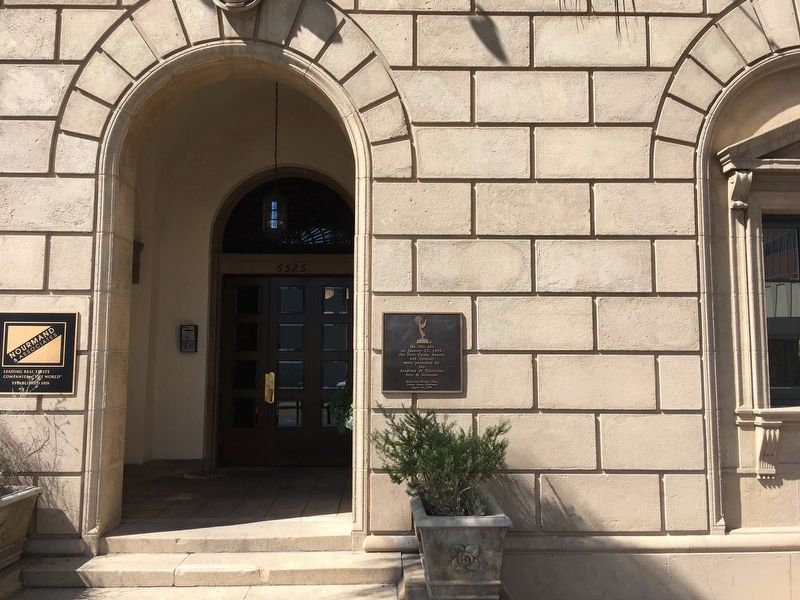 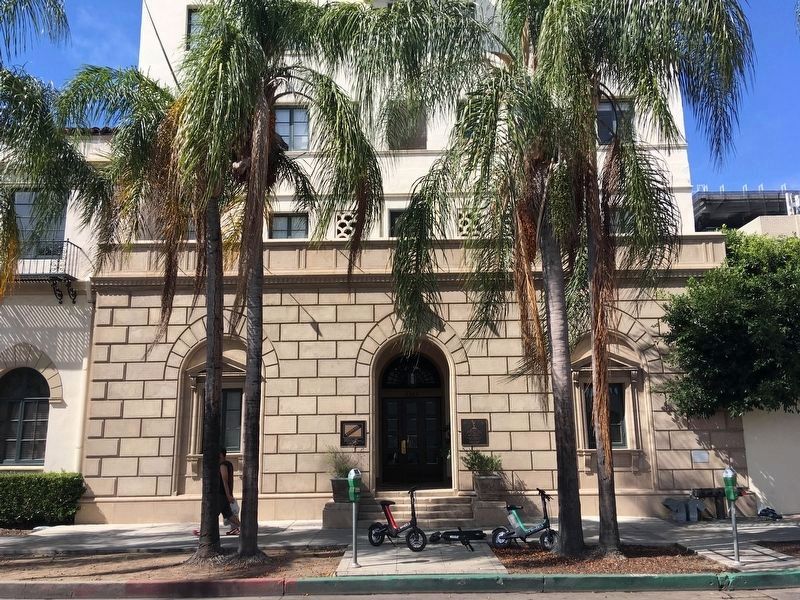 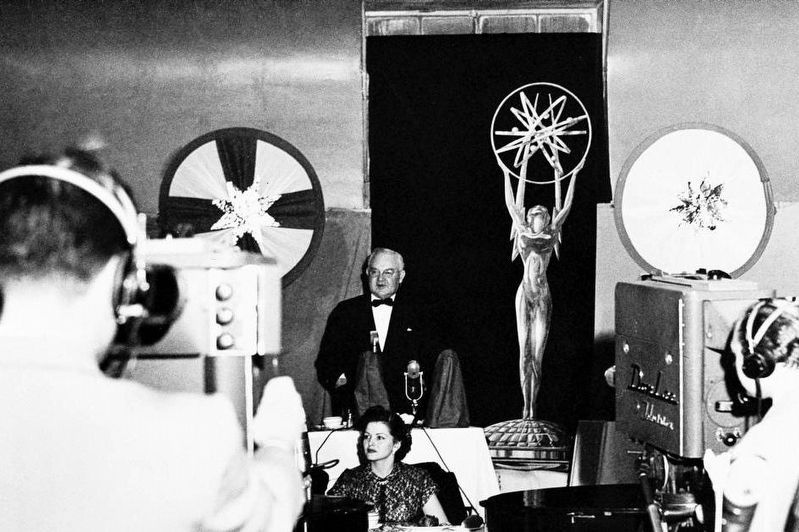