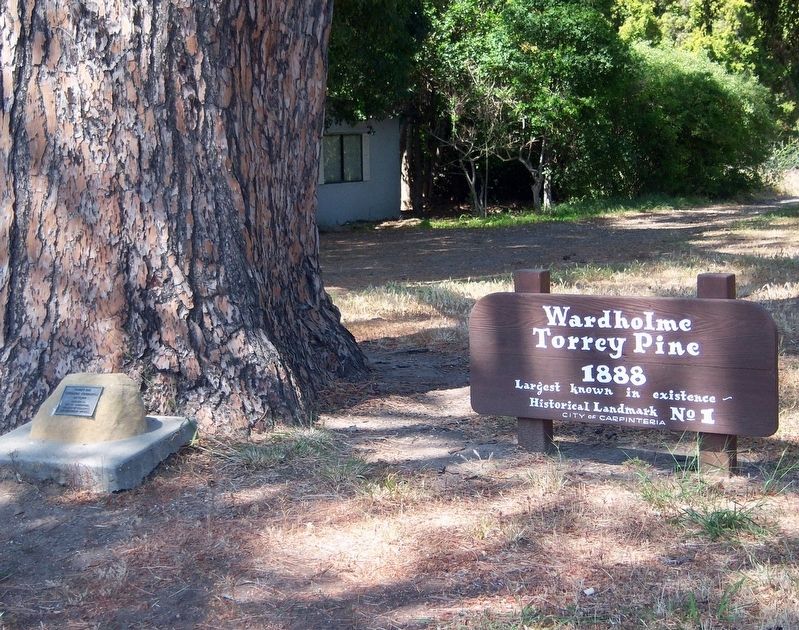 Topics and series. This historical marker is listed in these topic lists: Horticulture & Forestry • Settlements & Settlers. In addition, it is included in the Historic Trees series list. 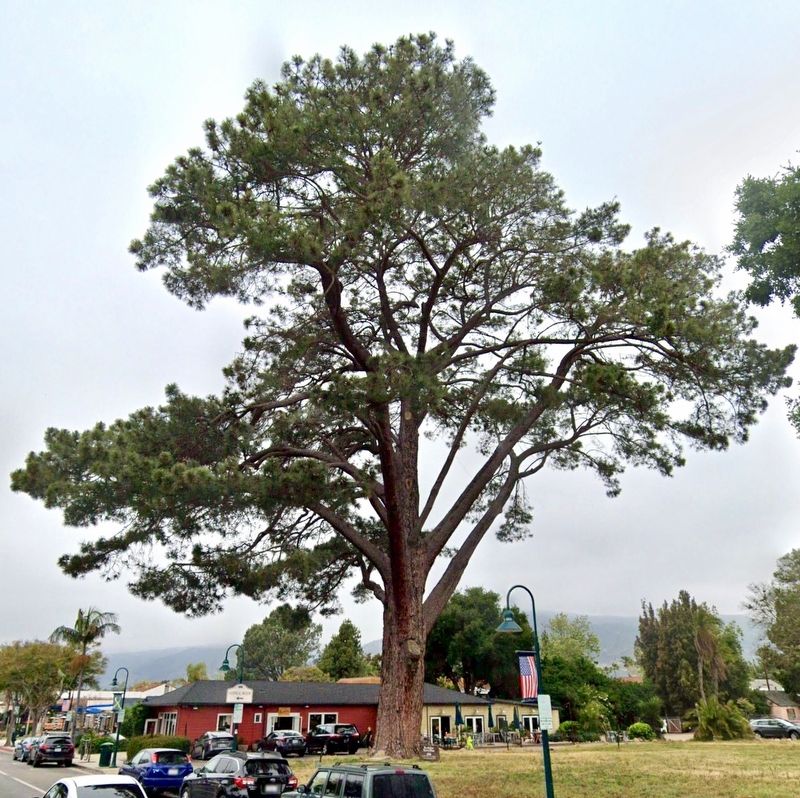 Click or scan to see
this page online
(approx. 0.4 miles away); a different marker also named La Carpinteria (approx. half a mile away); Carpinteria Aviation History (approx. 0.7 miles away). Touch for a list and map of all markers in Carpinteria.

Regarding Wardholme Torrey Pine. Designated a California Historical Point of Interest in 1968. This tree was a seedling brought from Santa Rosa Island in 1888 and planted by Judge Thomas Ward at his home. The tree is 130 feet tall, 20'5" trunk circumference, 130' branch spread, and over 130 years old. The average Torrey Pine is 30’ tall and can live 100 years. They are rare, and endangered, living only in some coastal areas of Southern California, with fewer than 100 alive today. 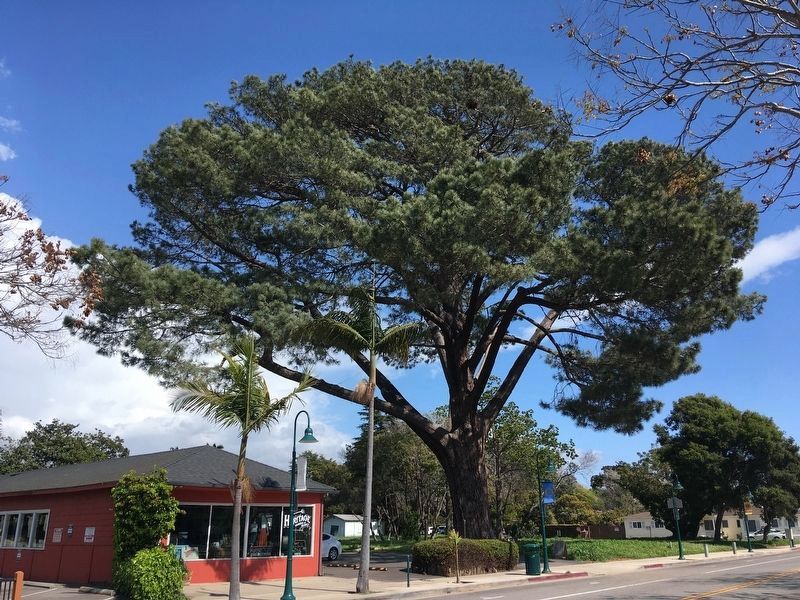 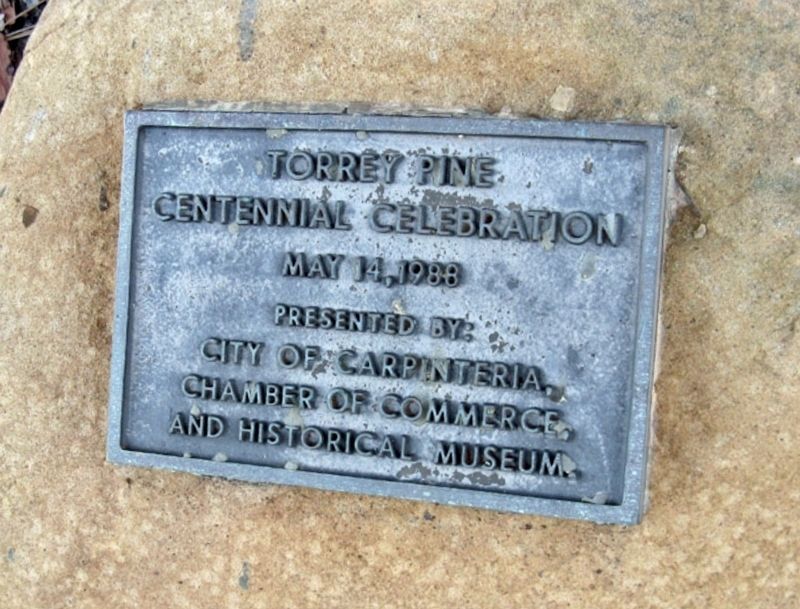