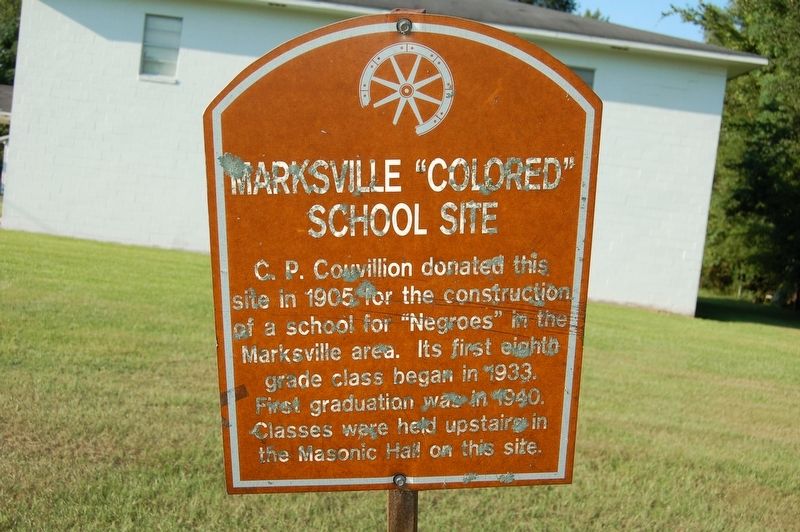 C.P. Couvillion donated this site in 1905 for the construction of a school for "Negroes" in the Marksville area. Its first eighth grade class began in 1933. First graduation was in 1940. Classes were held upstairs in the Masonic Hall on this site.

Topics and series. This historical marker is listed in these topic lists: African Americans • Education. In addition, it is included in the Louisiana, Marksville Historical Markers Driving Tour series list. 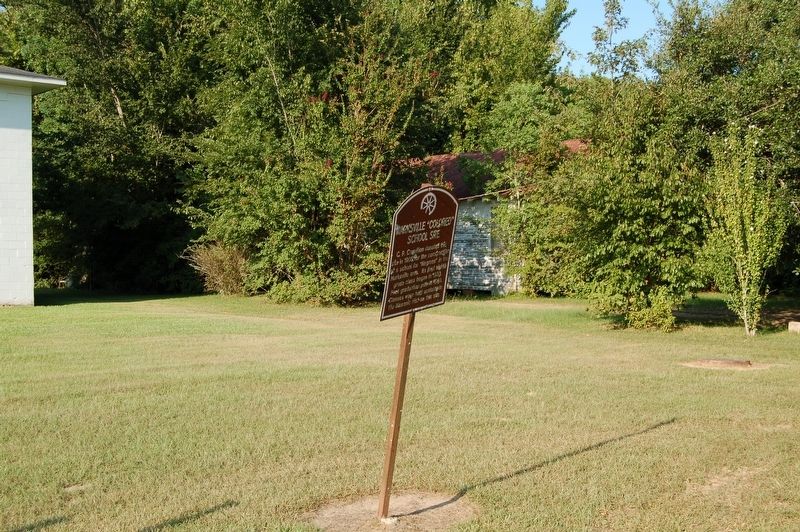