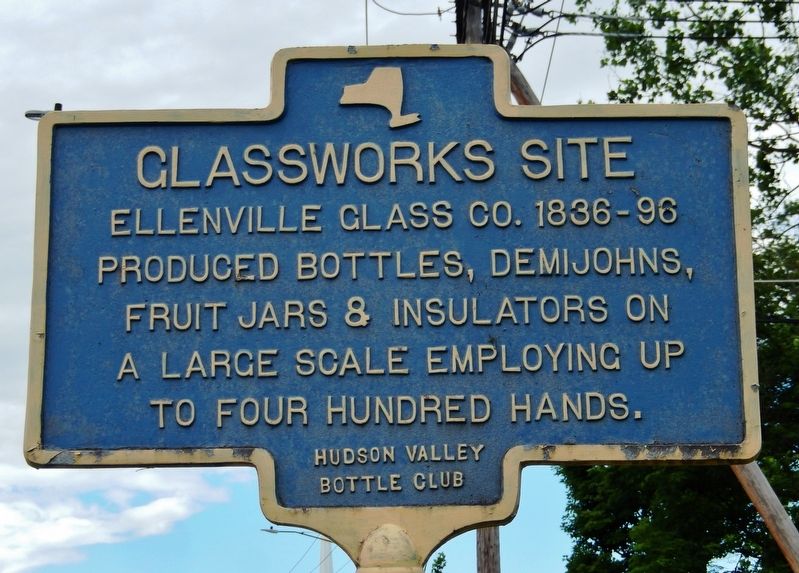 Topics. This historical marker is listed in this topic list: Industry & Commerce. A significant historical year for this entry is 1836.

Location. 41° 42.859′ N, 74° 23.309′ W. Marker is in Ellenville, New York, in Ulster County. Marker is at the intersection of Canal Street (County Route 52) and Edwards Place, on the right when traveling east on Canal Street. Touch for map. Marker is in this post office area: Ellenville NY 12428, United States of America. Touch for directions. 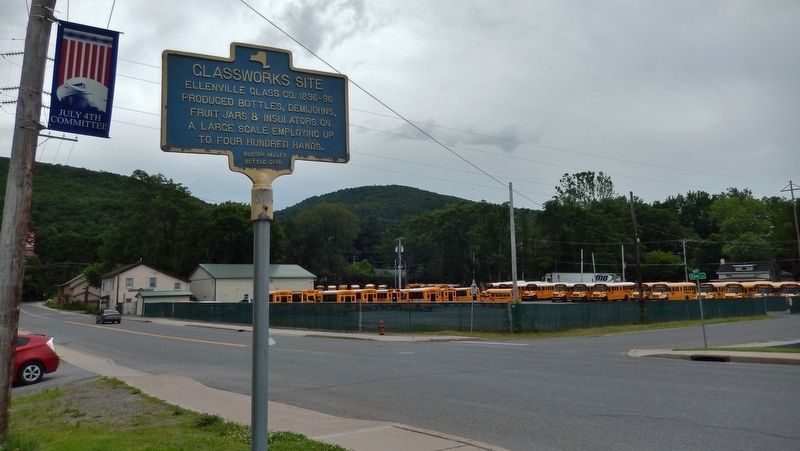 1. Irish Glass Makers of Ellenville. The Ellenville Glass Company was established in 1836 by a group of glassmakers from Connecticut. Its location was chosen because it had an abundant supply of wood fuel nearby and was close to the D&H Canal. The company had two slips on the canal from which it received raw materials and shipped finished products. Soda ash came from England by way of Boston soap makers. Sand was shipped from New Jersey and limestone from Ohio. Bottles were shipped westward via the D&H Canal, Hudson River and the Erie Canal. (Submitted on September 2, 2019, by Cosmos Mariner of Cape Canaveral, Florida.)