Site Of Camp of General Burgoyne 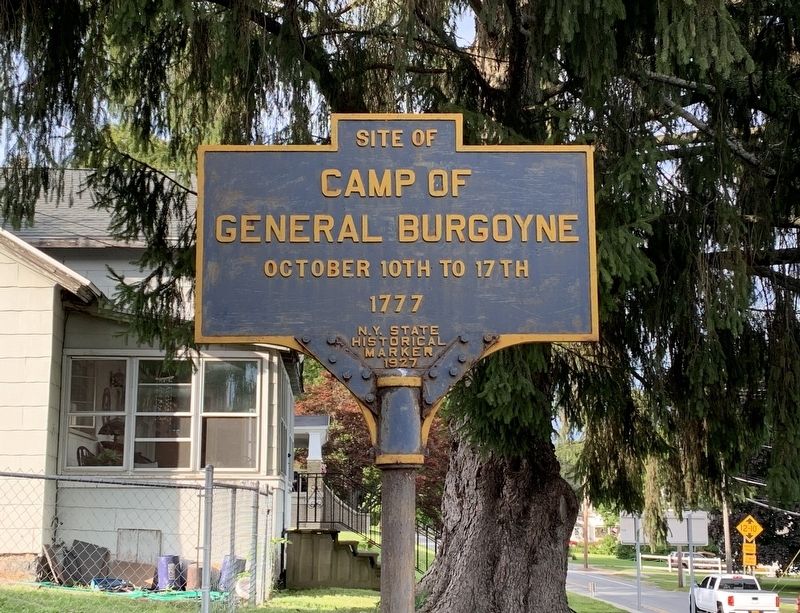 Photographed By Steve Stoessel, August 31, 2019
1. Site Of Marker
Inscription.
Site Of Camp of General Burgoyne. . , October 10th to 17th , 1777 . This historical marker was erected in 1927 by N.Y. State Historical Marker. It is in Schuylerville in Saratoga County New York

Topics. This historical marker is listed in this topic list: War, US Revolutionary. A significant historical date for this entry is October 10, 1777. 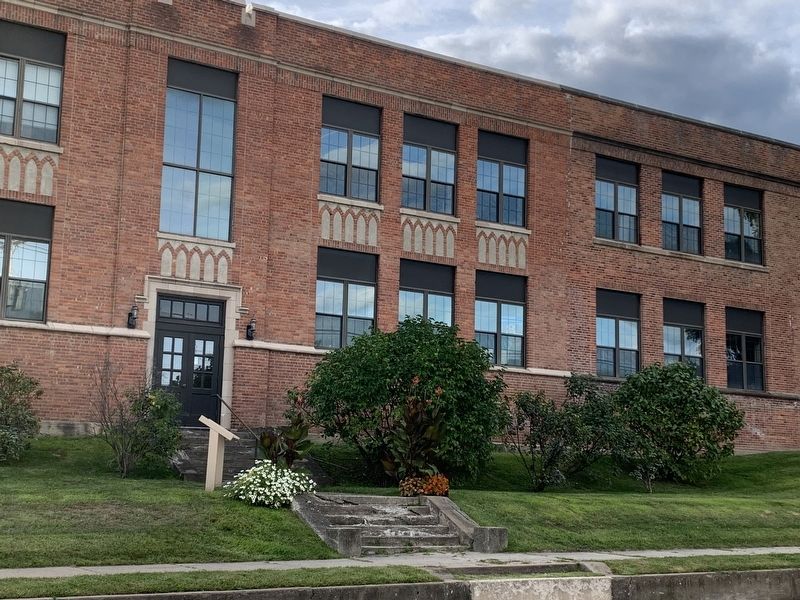 Photographed By Steve Stoessel
2. Site Of Marker
The General Burgoyne marker is by the Schuylerville Central School District Building and is just out of the frame on the right. The U.S.S. Saratoga marker can be seen on the left.