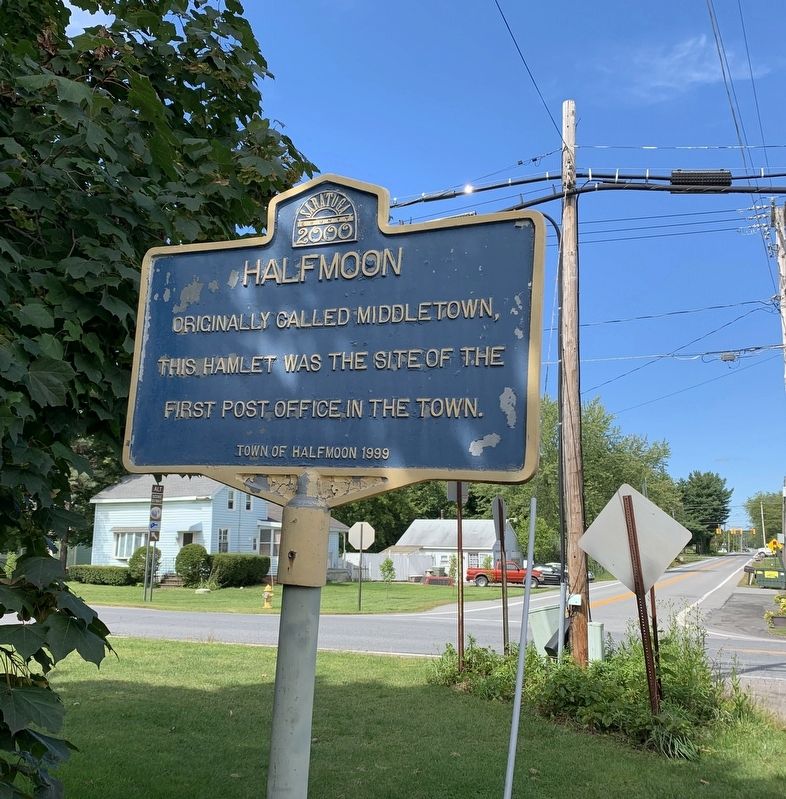 Photographed By Steve Stoessel, September 5, 2019
1. Halfmoon Marker
Inscription.
Halfmoon. . Originally called Middletown, this hamlet was the site of the first post office in the town. . This historical marker was erected in 1999 by Town of Halfmoon. It is in Halfmoon in Saratoga County New York

Originally called Middletown, this hamlet was the site of the first post office in the town.

Location. 42° 49.636′ N, 73° 43.061′ W. Marker is in Halfmoon, New York, in Saratoga County. Marker is at the intersection of Grange Road and Halfmoon Drive, on the right when traveling south on Grange Road. Marker is on dead end side road. Touch for map. Marker is in this post office area: Clifton Park NY 12065, United States of America. Touch for directions. 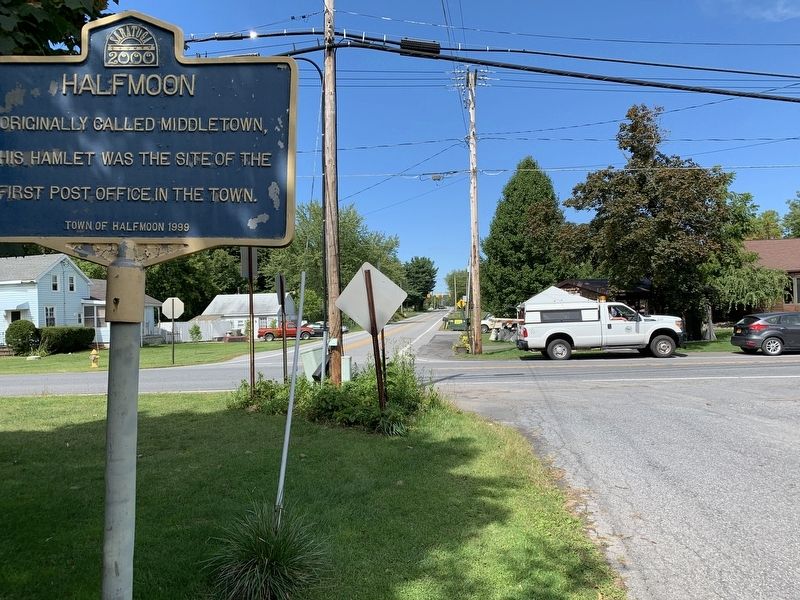 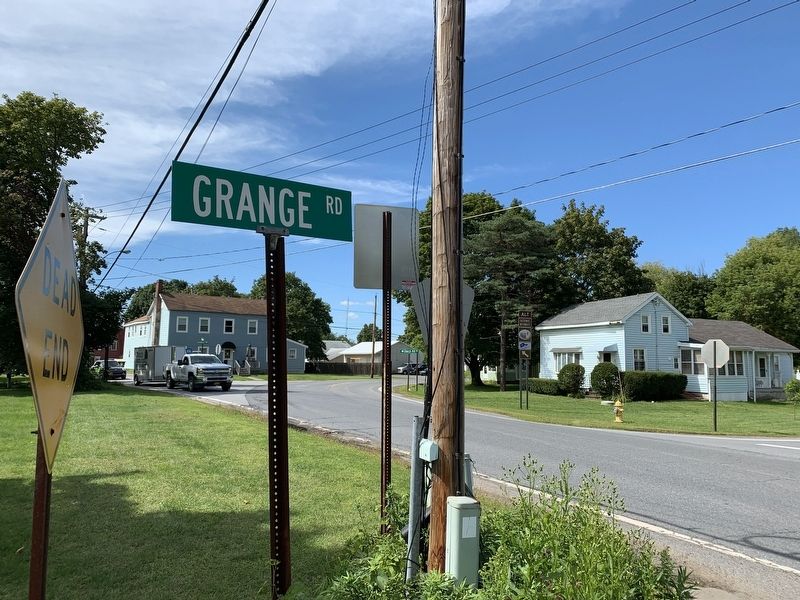