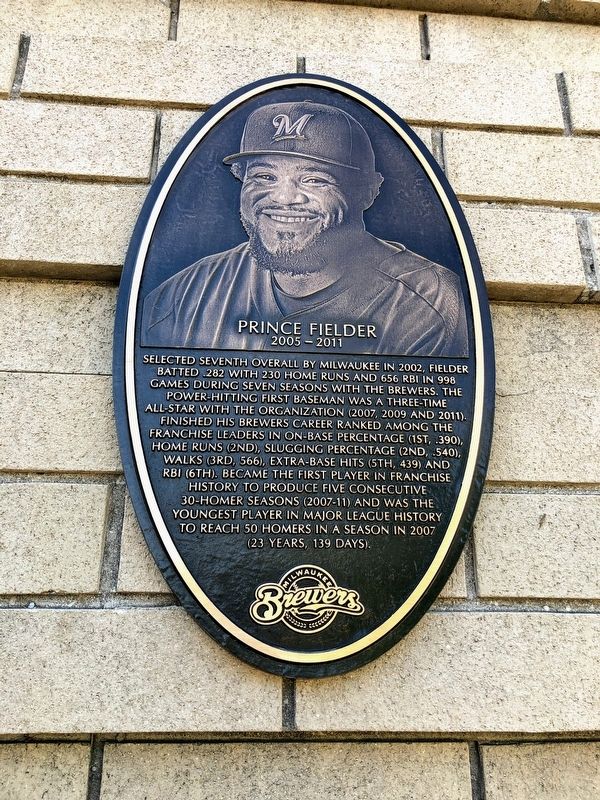 Location. 43° 1.744′ N, 87° 58.248′ W. Marker is in Milwaukee, Wisconsin, in Milwaukee County. Marker can be reached from Brewers Way. The marker is part of the Brewers Wall of Honor which is on display on the northeast wall (left field) of Miller Park. It is near the Hot Corner entrance. Touch for map 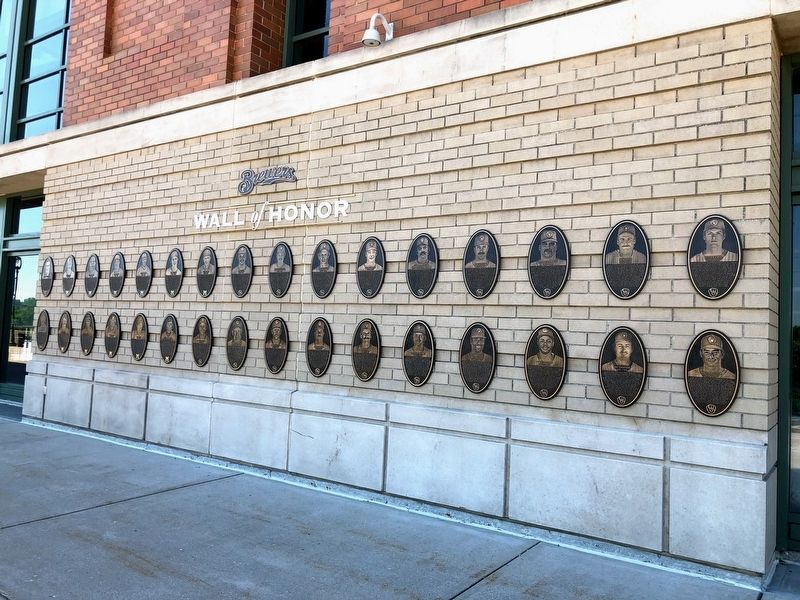 By Devon Polzar, 2019
2. Brewers Wall of Honor
. Marker is at or near this postal address: Miller Park, 1 Brewers Way, Milwaukee WI 53214, United States of America. Touch for directions. 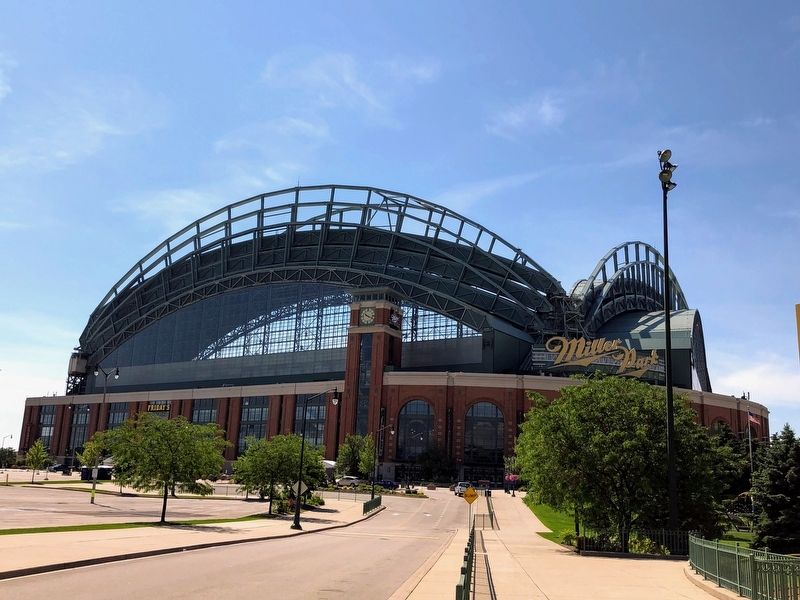