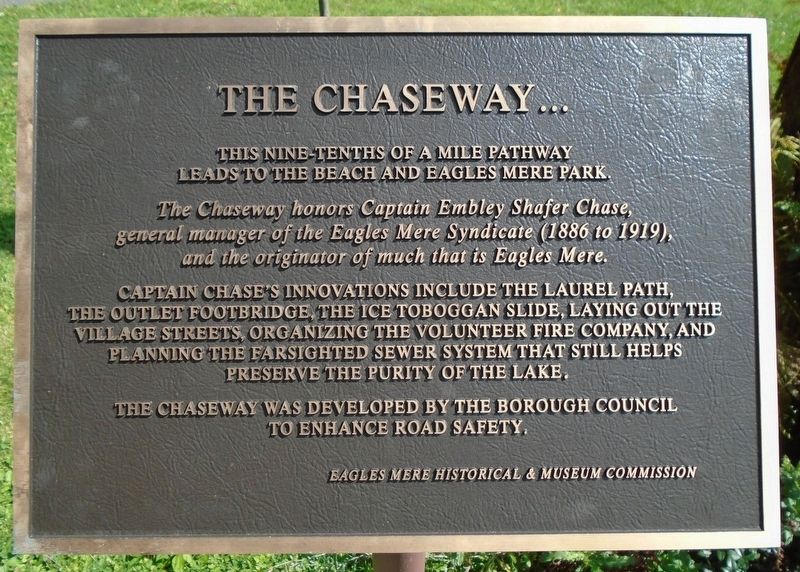 Photographed By William Fischer, Jr., August 25, 2019
1. The Chaseway... Marker
Inscription.
This nine-tenths of a mile pathway leads to the beach and Eagles Mere Park.

The Chaseway honors Captain Embley Shafer Chase, general manager of the Eagles Mere Syndicate (1886 to 1919), and the originator of much that is Eagles Mere.

Captain Chase's innovations include the Laurel Path, the Outlet Footbridge, the Ice Toboggan Slide, laying out the village streets, organizing the volunteer fire company, and planning the farsighted sewer system that still helps preserve the purity of the lake.

The Chaseway was developed by the Borough Council to enhance road safety.. . This historical marker was erected by Eagles Mere Historical and Museum Commission. It is in Eagles Mere in Sullivan County Pennsylvania