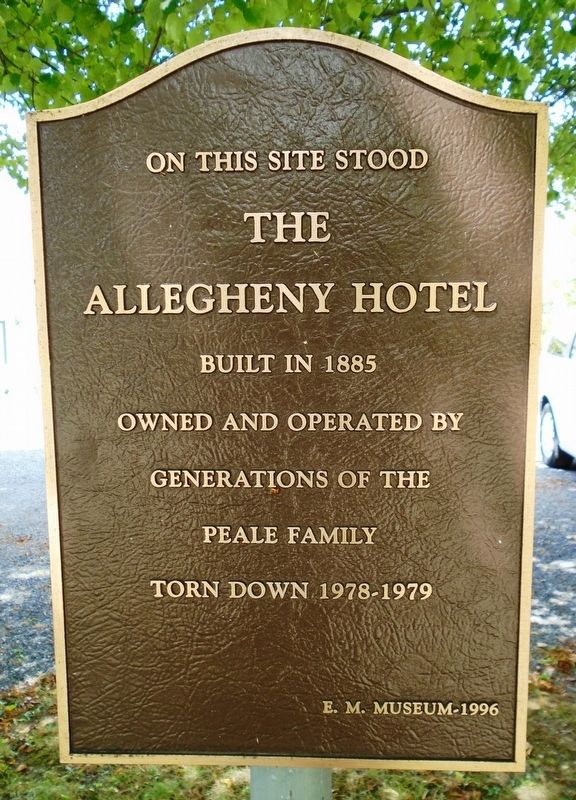 By William Fischer, Jr., August 25, 2019
1. The Allegheny Hotel Marker
Inscription.
On this site stood The Allegheny Hotel Built in 1885 Owned and operated by generations of the Peale family Torn down 1978-1979. . This historical marker was erected in 1996 by Eagles Mere Museum. It is in Eagles Mere in Sullivan County Pennsylvania