Honor Roll erected in honor of the men of Center Twp. Wayne Co., Ind. who answered their country’s call to serve for God and humanity in the World War 1917- 1918 by the War Mothers and Citizens of this Twp. (94 names, 1 killed in action, 3 wounded, 2 died in service)

Erected by the War Mothers and Citizens of this Twp. 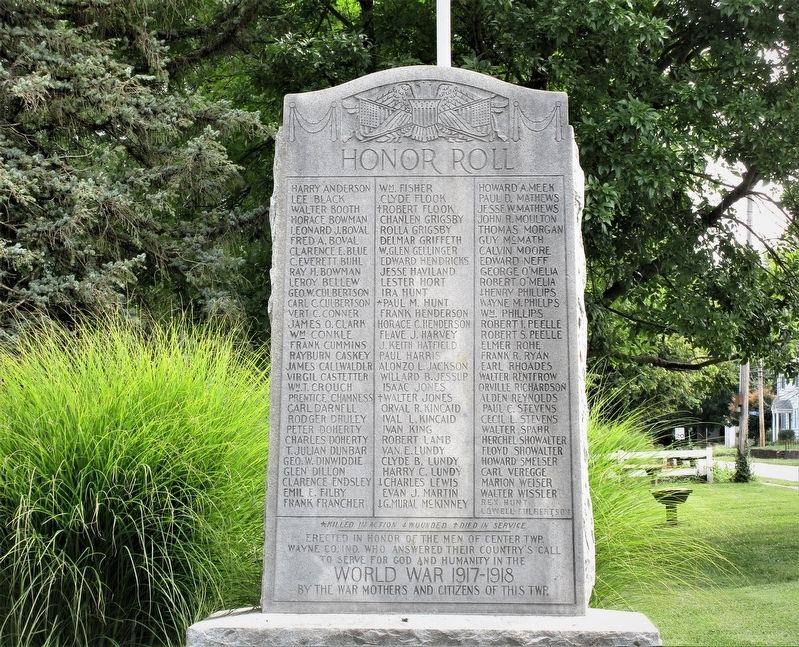 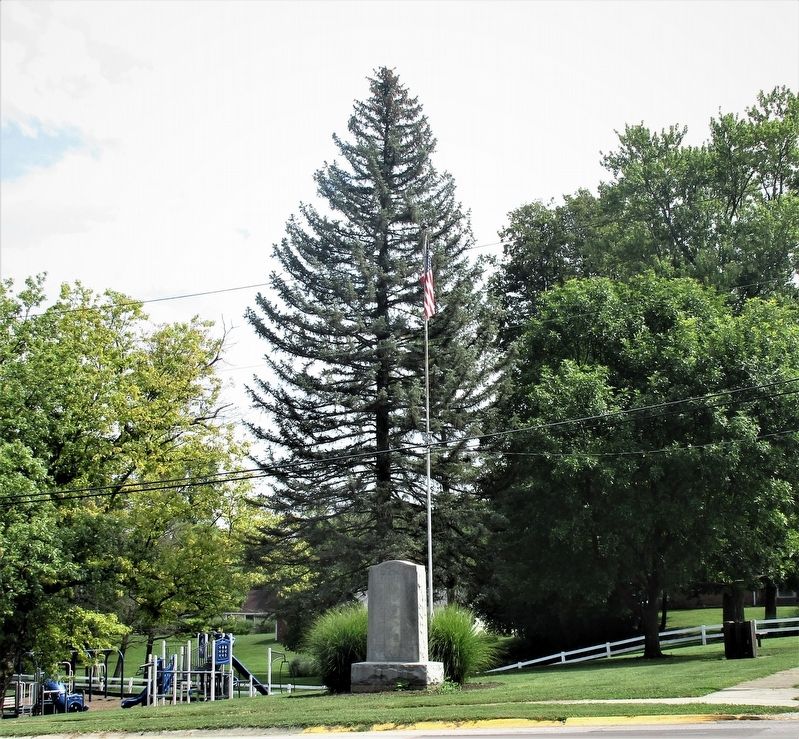