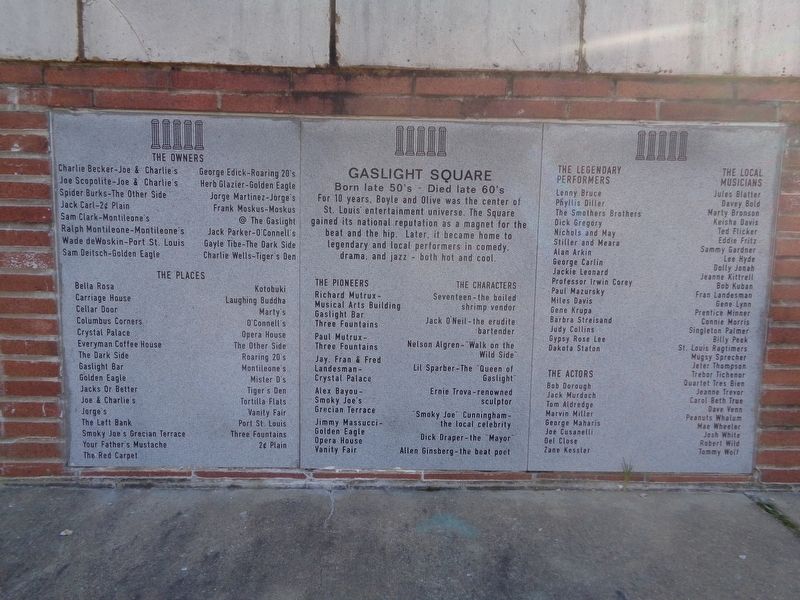 For 10 years, Boyle and Olive was the center of St. Louis' entertainment universe. The Square gained its national reputation as a magnet for the beat and the hip. Later, it became home to legendary and local performers in comedy, drama, and jazz - both hot and cool. 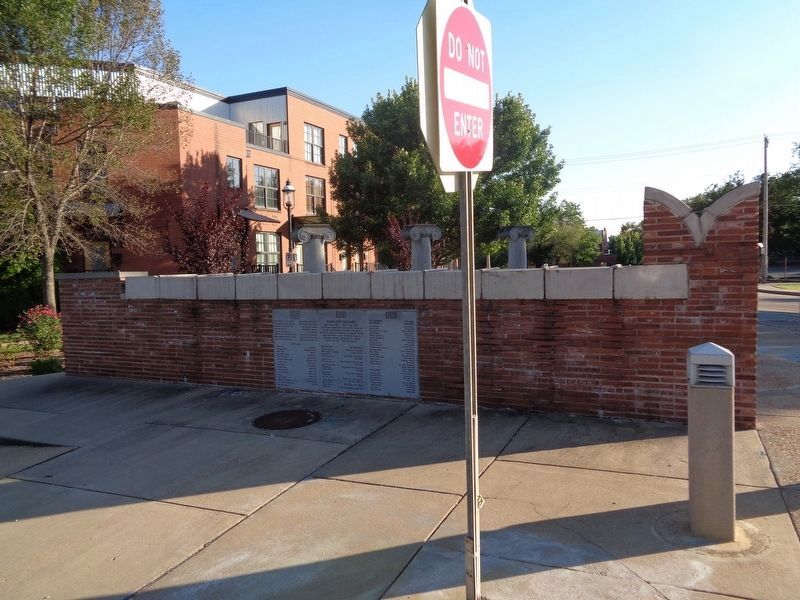 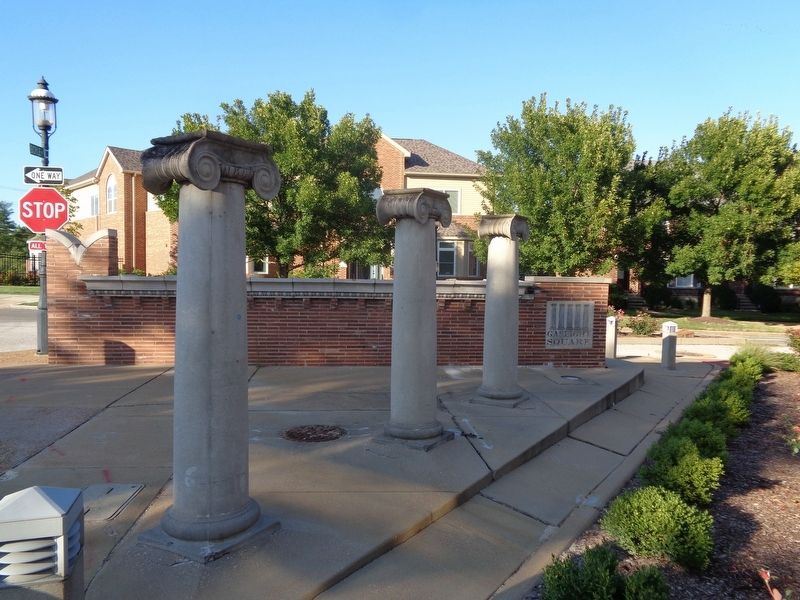 More about this marker. It is not known when this plaque or marker was put up. The plaque was re-arranged and re-painted in recent years

Regarding Gaslight Square. Gaslight Square got its name from the gas-lit street lamps (over 100 of them) that graced that section of the city. It was two blocks of several saloons, restaurants, shops, cabarets, etc. Originally it was to give the person a taste for old-fashioned, 1800s Victorian look but with a youthful feel. In addition to the personalities that were mentioned on the plaque, Gregg Allman (and his brother, Duane Allman, who would both later be famous for the Allman Brothers Band), Woody Allen and Jackie Mason were also performers at Gaslight Square. Starting in 1965, the good times at the Square were slowly coming to an end, as numerous factors including crime and urban decay would lead to its eventual demise. The last business, O'Connell's, would move out of Gaslight Square in 1972. The vacant buildings sat, decaying for decades, until 2005 when a real-estate development company announced the buildings would be torn down and replaced with residential living.