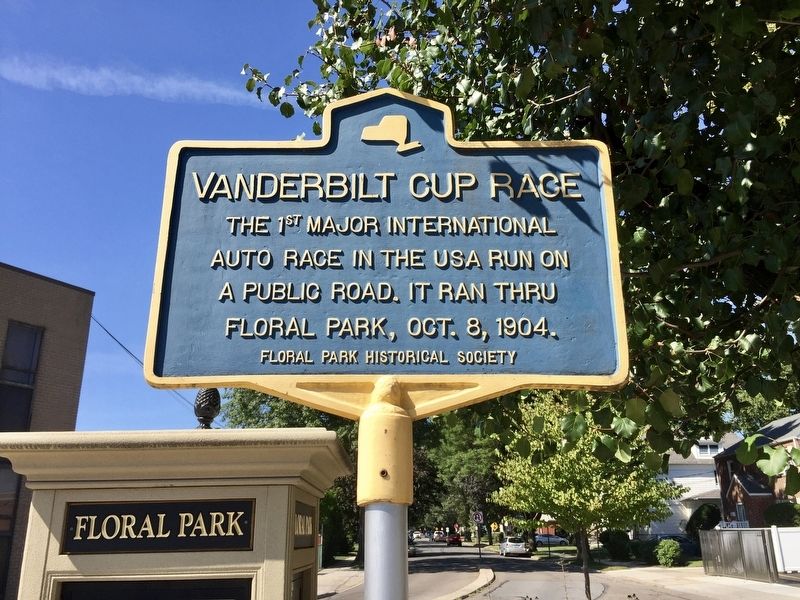 The 1st major international auto race in the USA run on a public road. It ran thru Floral Park, Oct. 8, 1904.

Topics. This historical marker is listed in this topic list: Sports. A significant historical year for this entry is 1904. 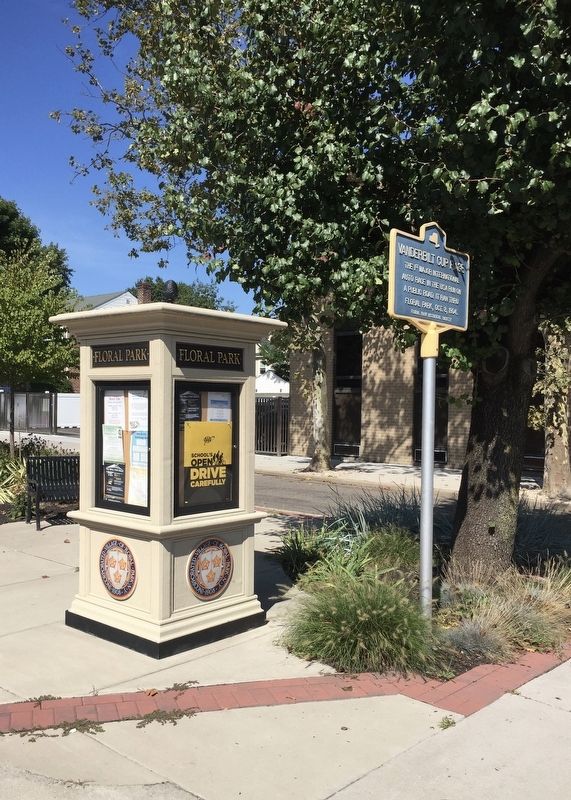 Photographed By Andrew Ruppenstein, September 3, 2019
2. Vanderbilt Cup Race Marker - wide view
The marker is in a triancular pocket park formed by the split in Emerson Avenue where it meets Jericho Turnpike.

Click or scan to see
this page online
"The Vanderbilt Cup was the first major trophy in American auto racing....An international event, it was founded by William Kissam Vanderbilt II in 1904 and first held on October 8 on a course set out in Nassau County on Long Island, New York. The announcement that the race was to be held caused considerable controversy in New York, bringing a flood of legal actions in an attempt to stop the race. The politicians soon jumped in, holding public hearings on the issue. Vanderbilt prevailed and the inaugural race was run over a 30.24 miles (48.7 km) course of winding dirt roads through the Nassau County area." (Submitted on September 11, 2019.) 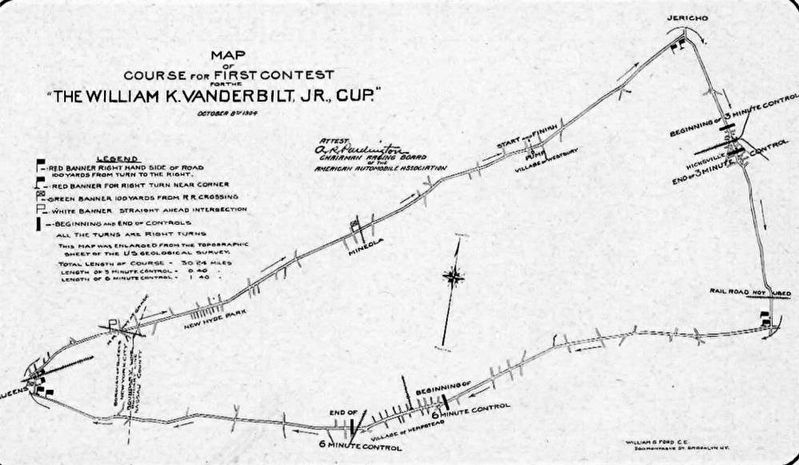