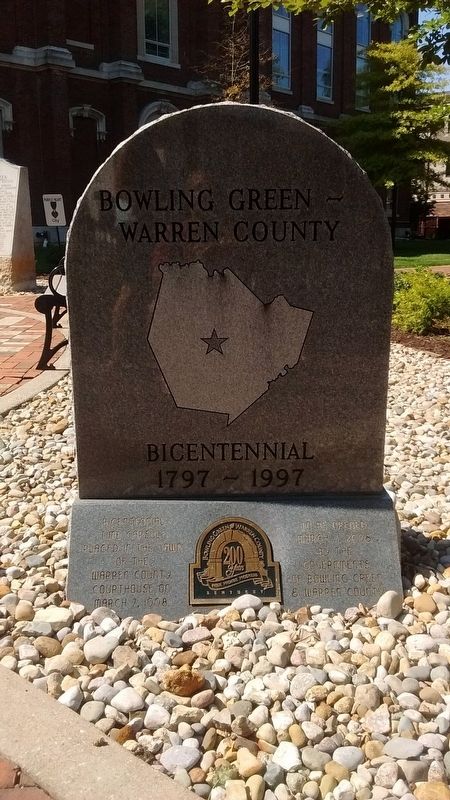 Bicentennial time capsule placed in the lawn of the Warren County Courthouse on March 7, 1998.

To be opened March 7, 2098 by the governments of Bowling Green & Warren County.

(reverse)
Warren County, the 24th county formed in Kentucky, was established in 1797 and named in honor of Dr. Joseph Warren, a hero of the Battle of Bunker Hill.

Bowling Green, the county seat was founded in 1798 on 40 acres donated by Robert Moore. The city was likely named in honor of Bowling Green Square in New York City, where patriots pulled down and converted to bullets a statue of King George III.

Topics and series. This historical marker is listed in this topic list: Political Subdivisions. In addition, it is included in the Time Capsules series list. 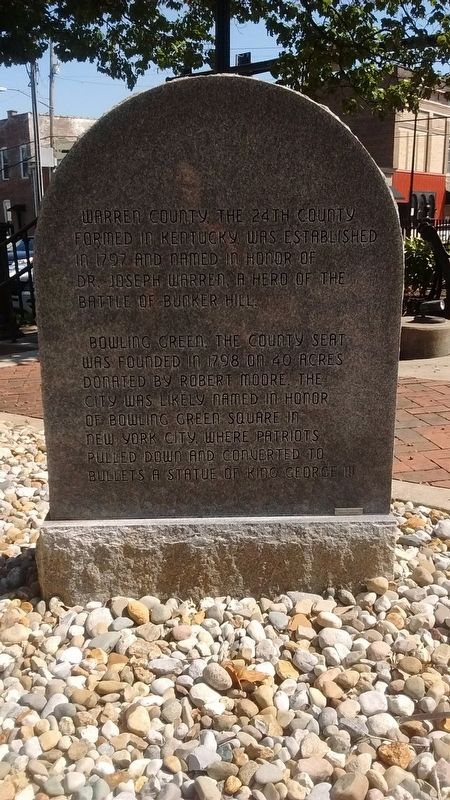 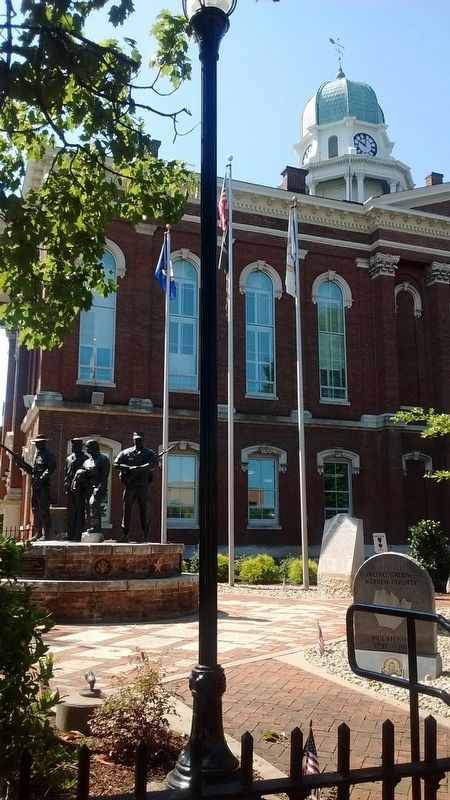 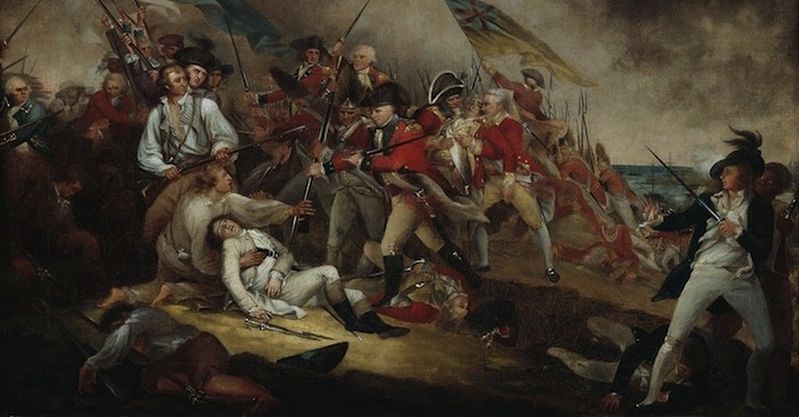 4. The Death of General Warren at the Battle of Bunker Hill 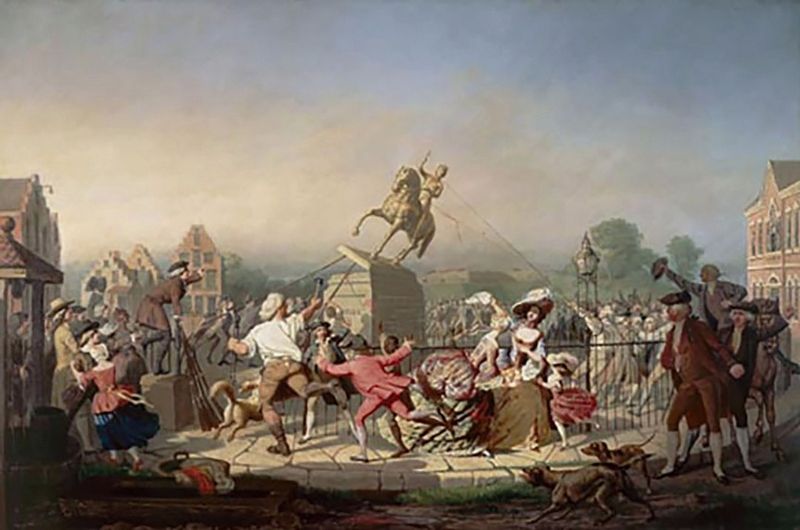