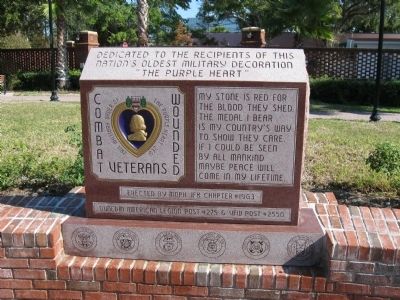 Dedicated to the recipients of this nation’s oldest military decoration, “The Purple Heart”

My stone is red for the blood they shed.
The medal I bear is my country’s way to show they care.
If I could be seen by all mankind maybe peace will come in my time.

Erected by the Military Order of the Purple Heart

Topics and series. This historical marker memorial is listed in these topic lists: Heroes • Military • Patriots & Patriotism. In addition, it is included in the Military Order of the Purple Heart series list. A significant historical year for this entry is 1782. 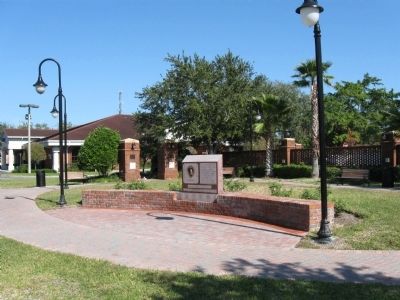 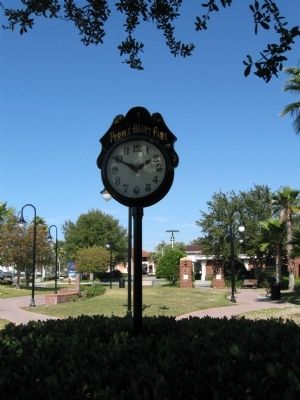 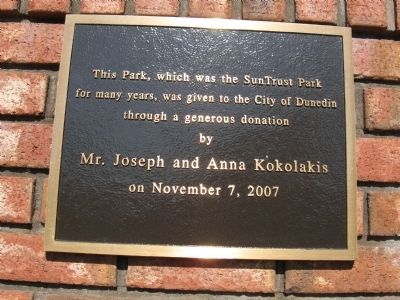 By Julie Szabo, November 29, 2008
4. An additional Purple Heart Park marker
This Park, which was the SunTrust Park for many years, was given to the City of Dunedin through a generous donation by Mr. Joseph and Anna Kokolakis on November 7, 2007 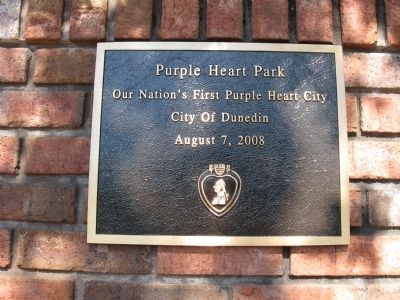