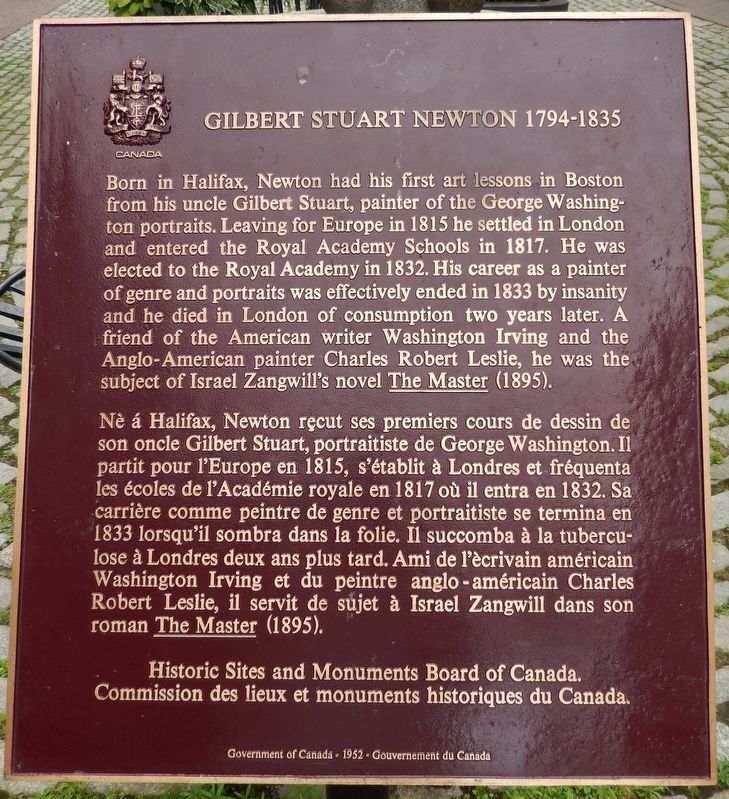 Photographed By Cosmos Mariner, July 25, 2019
1. Gilbert Stuart Newton Marker
Inscription.
English: , Born in Halifax, Newton had his first art lessons in Boston from his uncle Gilbert Stuart, painter of the George Washington portraits. Leaving for Europe in 1815 he settled in London and entered the Royal Academy Schools in 1817. He was elected to the Royal Academy in 1832. His career as a painter of genre and portraits was effectively ended in 1833 by insanity and he died in London of consumption two years later. A friend of the American writer Washington Irving and the Anglo-American painter Charles Robert Leslie, he was the subject of Israel Zangwill's novel The Master (1895). , . This historical marker was erected in 1952 by Historic Sites and Monuments Board of Canada/Commission des lieux et monuments historiques du Canada. It is in Halifax in Halifax Region Nova Scotia