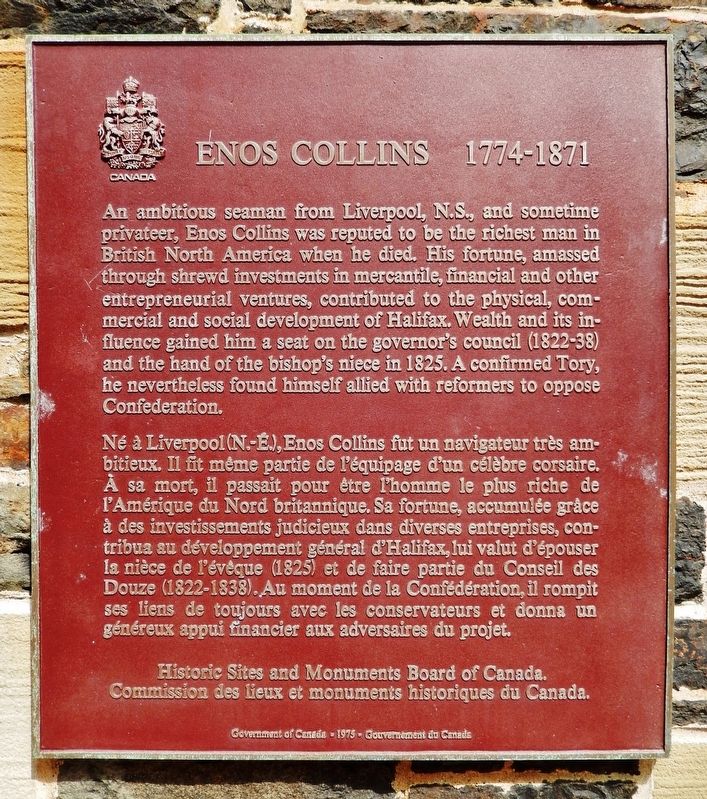 Photographed By Cosmos Mariner, July 25, 2019
1. Enos Collins Marker
Inscription.
English: , An ambitious seaman from Liverpool, N.S., and sometime privateer, Enos Collins was reputed to be the richest man in British North America when he died. His fortune, amassed through shrewd investments in mercantile, financial and other entrepreneurial ventures, contributed to the physical, commercial and social development of Halifax. Wealth and its influence gained him a seat on the governor’s council (1822-38) and the hand of the bishop’s niece in 1825. A confirmed Tory, he nevertheless found himself allied with reformers to oppose Confederation. , . This historical marker was erected in 1975 by Historic Sites and Monuments Board of Canada/Commission des lieux et monuments historiques du Canada. It is in Halifax in Halifax Region Nova Scotia